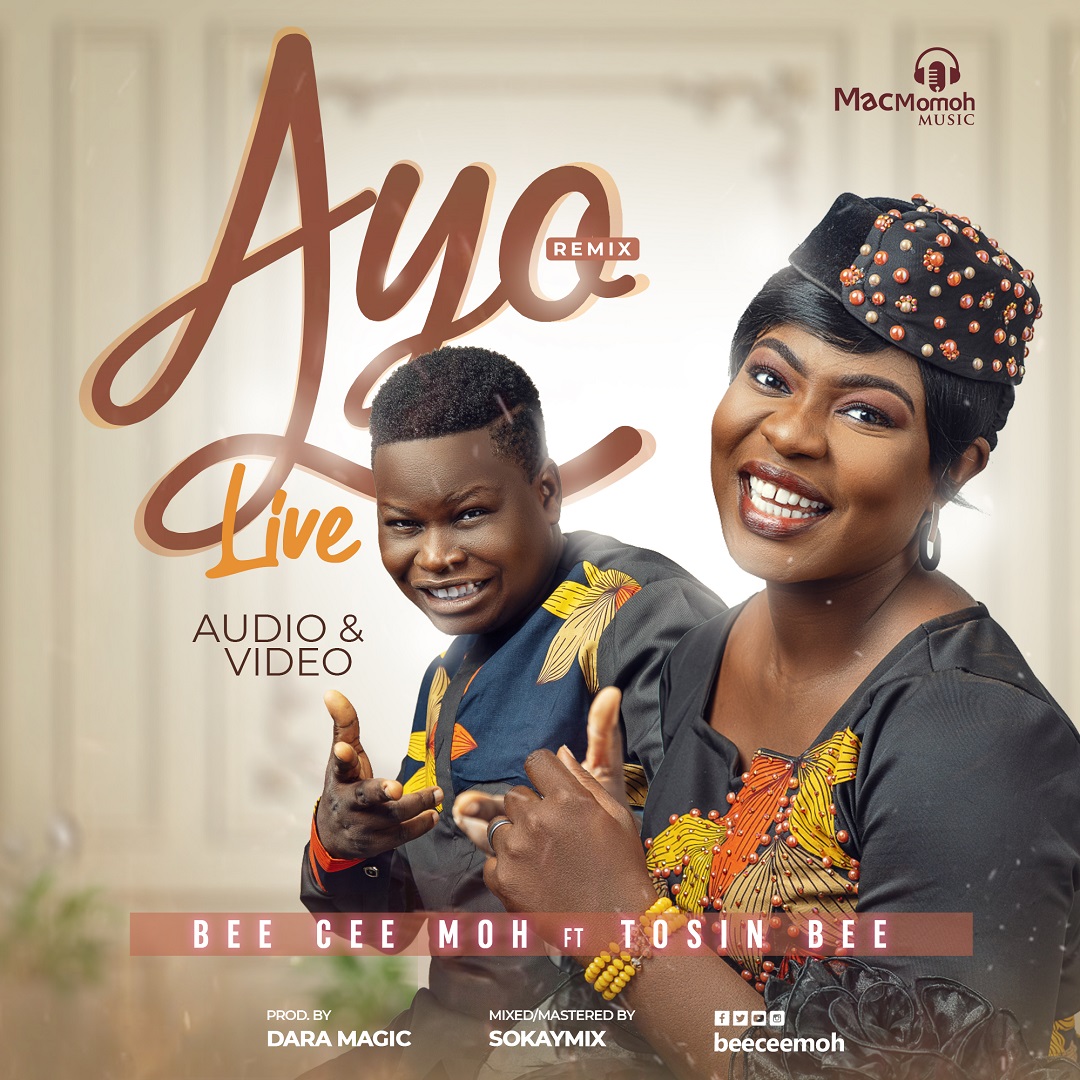 On this groovy “AYO (REMIX),” Bee Cee Moh teams up with uber-talented Nigerian gospel artist Tosin Bee who brought extra heat to the hot track with his Hip-Fuji signature sound. The new single and video was recorded live at Azusa Studios, Lagos-Nigeria.

Originally released in 2018 from her debut “iTAGG” album; AYO (Joy) is a prophetic, prayerful and praise song that reassures us of God’s transforming power in our lives. This is also a testimony of God’s love and goodness.

AYO (REMIX) is a cross-genre hit; mixing Afropop with Fuji (which mandates the essence of African percussion), finely blended with contemporary elements for a very addictive tune. Dara Magic produced the audio, Sokaymix mixed/mastered it, and Olumide Adenaike directed the video.

Today, Feb 20th, 2020, is Bee Cee Moh’s birthday and this new song is a special gift from her to you. The Lagos-based anointed songstress has also hinted of more releases to come soon later in the year.