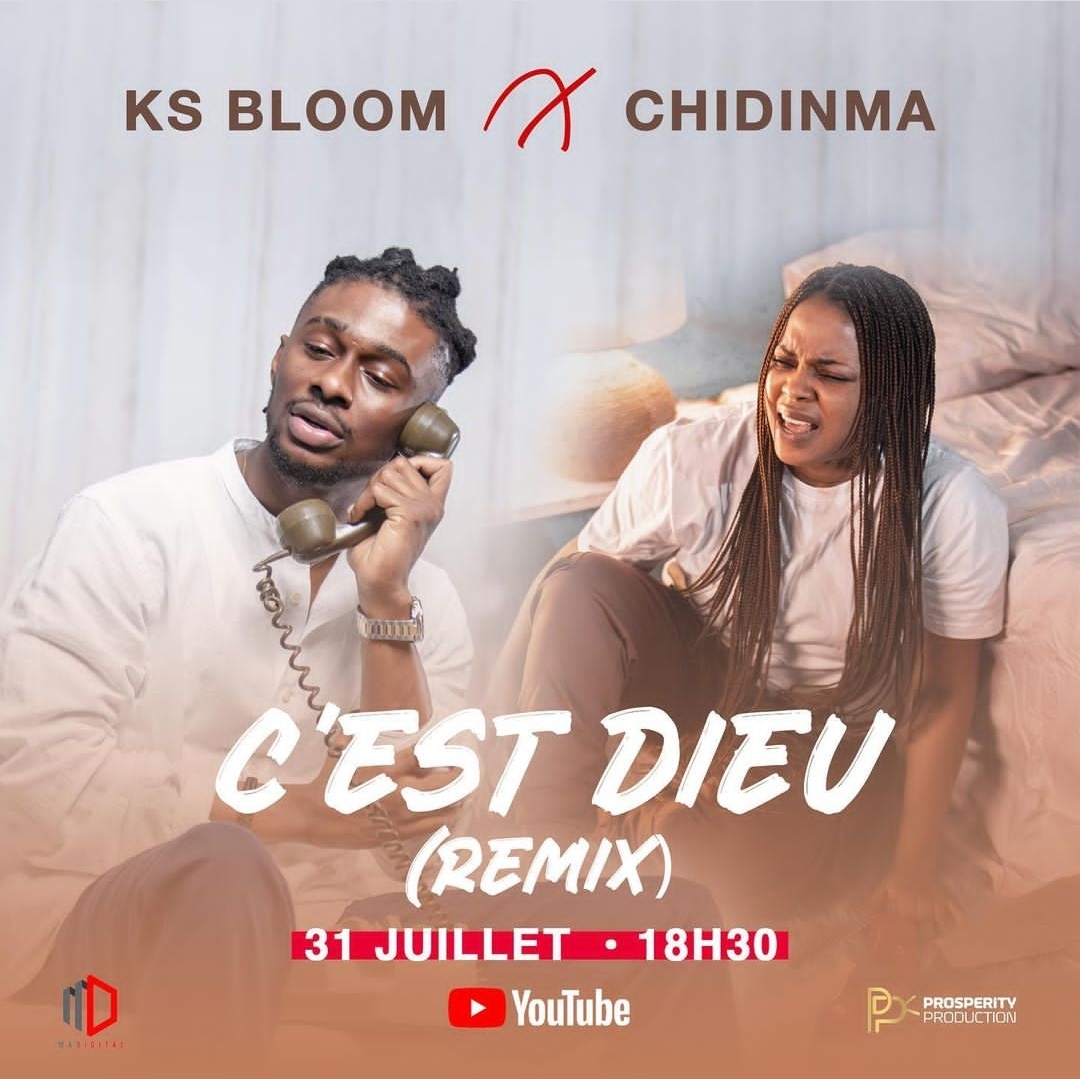 The remix version which features Chidinma has the music minister functioning in her element. The crossover artiste who was apparently in her zone spiced up the song beautifully. With close to a million views within 48 hours of release, we can say the song is already viral.

“C’est Dieu” literally translates to “It Is God”. It is a song of acknowledgment and gratitude. The singers expressed their dependency on God’s supremacy and goodness.

Tiger Cronz directed the video and Manou Beat produced it.
See the video below;