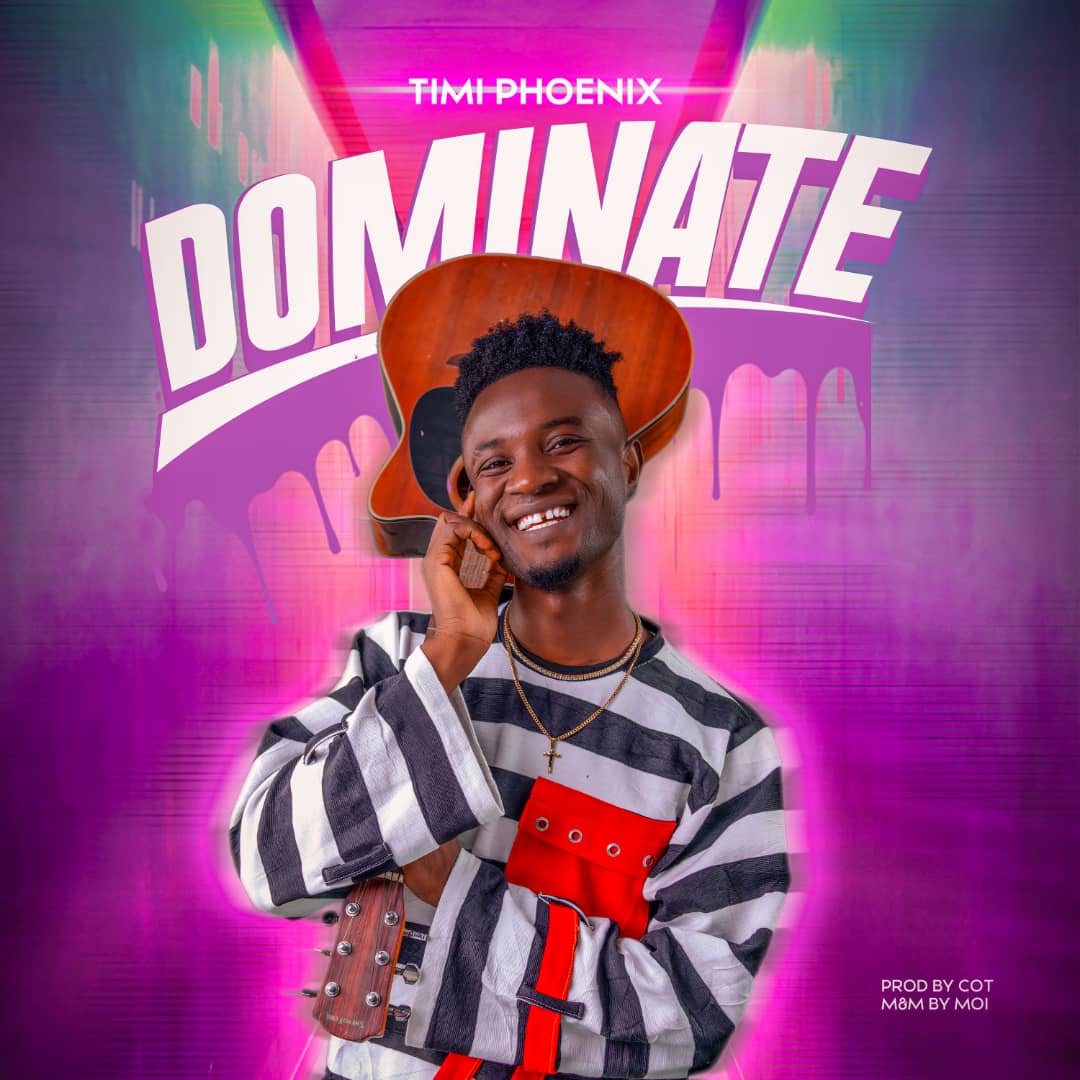 Gospel hitmaker, Timi Phoenix, returns with another grace-filled banger titled “Dominate”; a song of affirmation for every believer reminding them of their position in Christ and how they are meant to be more than conquerors who walk by faith and not by circumstances.

A new anthem is upon us and it’s no other than the gospel artistes with the most party Jamz, Timi Phoenix. The song is an Afropop tune which Timi Phoenix delivers exceptionally as always. This is off the “Happy” EP

ABOUT
Timi Phoenix is a gospel Afropop sensation from the Loveworld Music & Arts clan. He’s a multi-talented act with a distinct voice and style, known for his serial hit songs, and has been dubbed “The Gospel Artistes with the Most Party Jamz” owing to his Timi Phoenix Party Jamz mixtape compilation put together by the renowned DJ Ernesty.

Timi Phoenix is the leader of Myles ’92 Music Worldwide, a Christian record label, and head creative at Timi Phoenix Apparels, an alte fashion outfit based in Lagos.