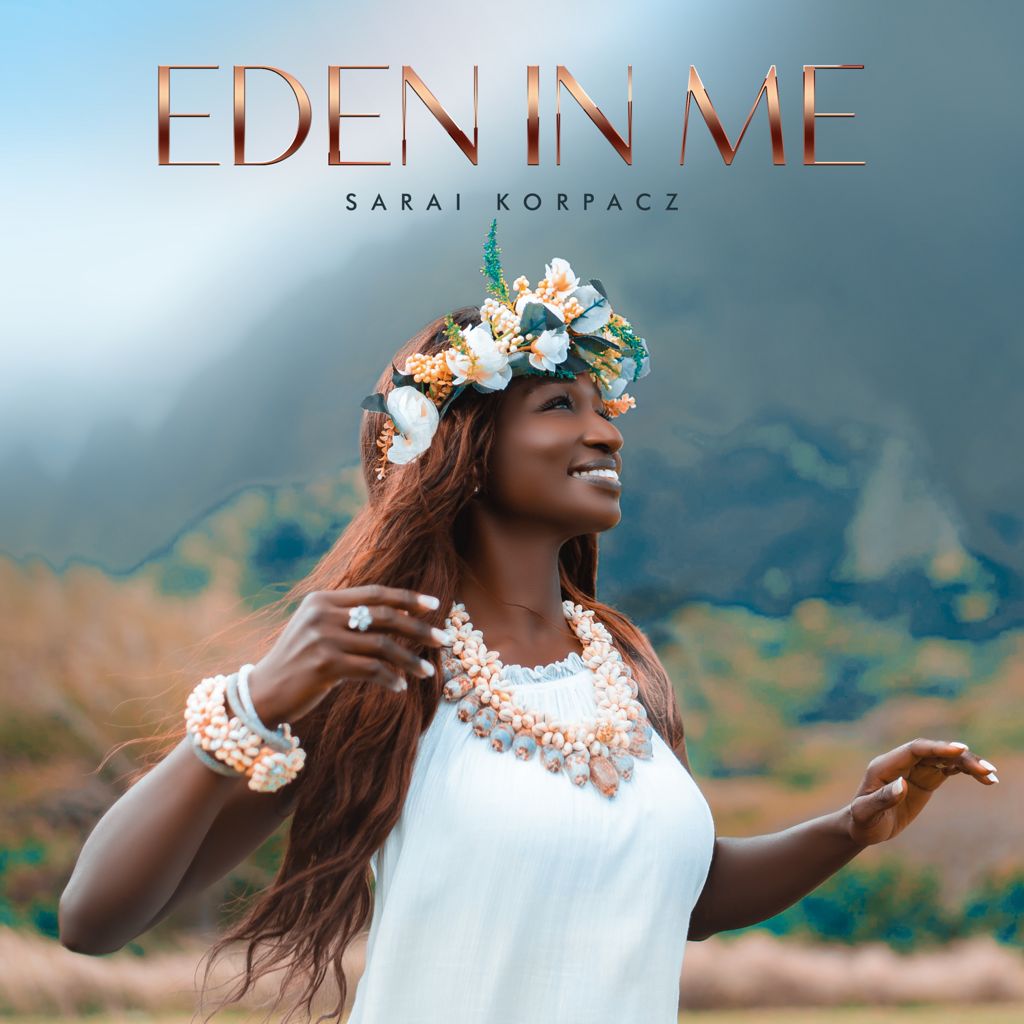 Based in New York, but with a remarkable backstory that stretches across the world to Africa, Christian singer, songwriter, and recording artist Sarai Korpacz is certainly an artist that inspires. Building off of the momentum of several successful releases in a row over the last year-plus, the interest in her work just continues to rise. Her latest, “Eden in Me” is being released in both audio and video form, showcasing not just her heavenly voice, but also Sarai’s ability as a songwriter to take Biblical ideas and translate them in a way that listeners can relate to and enjoy, as she educates.

“Eden in Me” is a song with the potential to reach the center of the heart. Creating awareness of God’s love, and allowing listeners to see themselves through God’s perspective is what Sarai always wants to communicate.

He will rejoice over you with singing – Zephaniah 3:17

The passionate Sarai always commented saying; “In Genesis, we are told that God would visit Adam and Eve in the cool of the day. “Sin separated us from that perfect rest with God, but Jesus reconciled us back to the father. Each time we avail ourselves to commune with God; we create that place that Eden stood for. “Eden in Me” is about God’s children as living gardens of Eden existing here on earth. We are portals to God’s divine presence. Zephaniah 3:17 says, “He rejoices over us with singing.” So, as we worship the Father, He first has been rejoicing over us as He is our creator.”

Sarai continued, “I hope the words of this song leave no doubt in the listener’s heart that the Lord longs to find that resting place in our hearts and minds. In return, we give Him back the Eden that He placed within us, for we are His children.”

As always, the production of both the song and the video for “Eden in Me” has been held to the highest standards. This is her first single in 2021 is available on iTunes, Apple Music, Spotify, and the rest of the major streaming platforms. The music video itself was shot in Hawaii, a remarkable experience, with Sarai describing the beauty of Hawaii as, “a wonderful representation of an Eden that we can all relate with.”

ABOUT
Christian artist Sarai Korpacz understands the true power of worship. She gave her life to Christ at the early age of 6 and started writing poems and songs as a teenager.

As an adult, Sarai has an educational background in Law and Finance. She creates upbeat, positive Christian music that spreads a simple message – “Worships God in spirit and truth”, “He is always there”, and “No matter how rough the road is”.