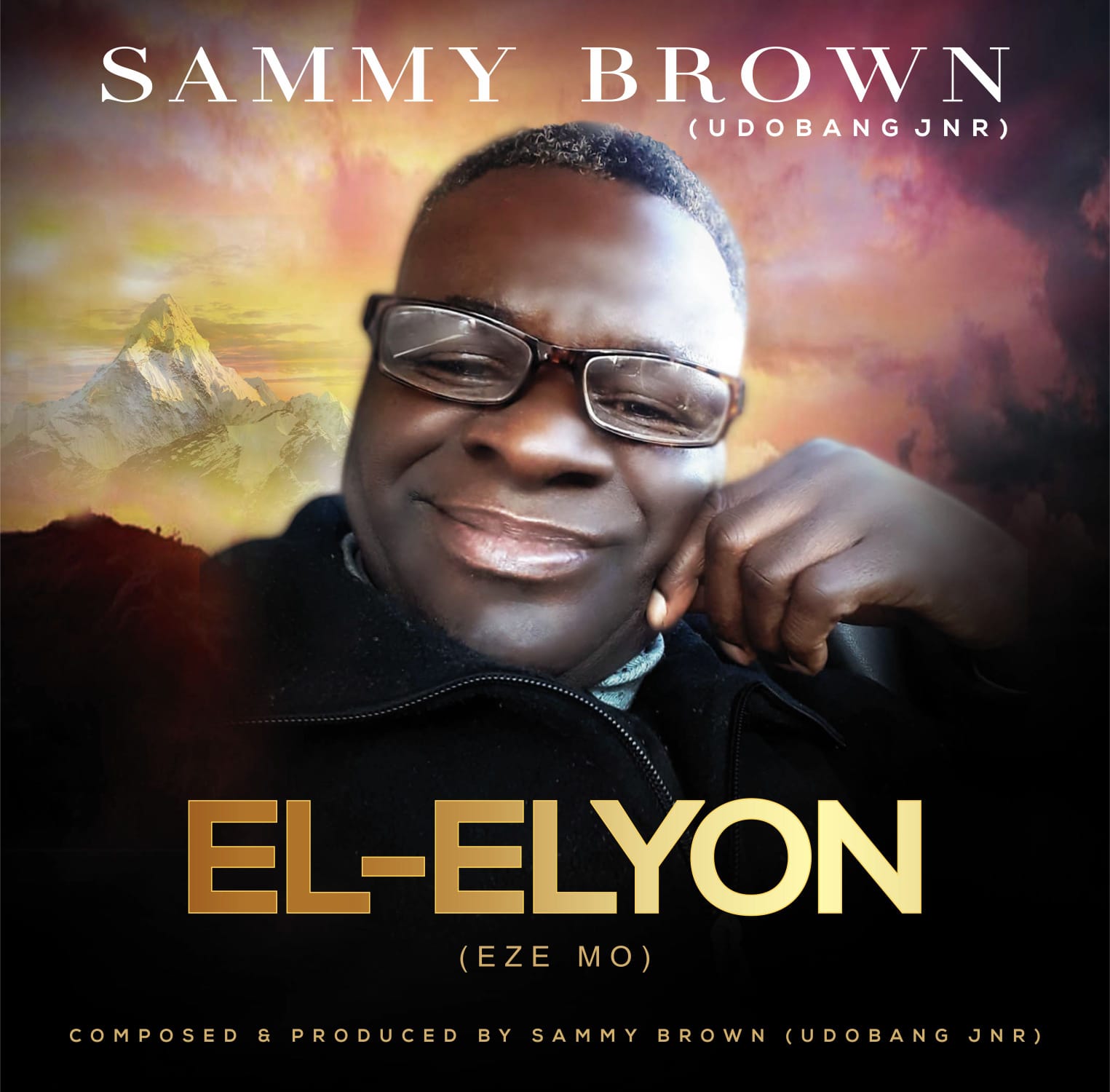 Sammy Brown Udobang (Jnr) is back with another single titled “El-Elyon” to spice up your worship experience. This single is a follow-up to his recently released single titled “Great And Mighty”.

According to the singer, Sammy Brown Udong (Jnr) the song “El-Elyon” (God Most High in Hebrew) is one of the songs that he received recently by the inspiration of the Holy Spirit during one of his moments of heartfelt worship.

“As I was playing a simple three-chord progression on the piano (a 1-4-5 movement), singing and worshiping with the spirit (i.e., singing in tongues), suddenly, I began to hear a melody in my spirit, and as I continued, the words of the song began to flow in my spirit. God’s manifest presence was so strong in the room and lingered for quite a while. In that atmosphere of intense worship, I felt burdens lifted and chains literally falling off me. Truly, in His presence, there is fulness of joy, and at His right hand there are pleasures forevermore (Psalms 16:11b).”

Simply put, the song speaks of God’s greatness and His awesome power as the Most-High God, the Lion of Judah, our heavenly Father (Ete ke enyong, in Ibibio language, which is his native tongue); my King (Eze mo – in Ibo language), Father of mercy, conquering Warrior, etc.

It is such an awesome worship expression when we sing the high praise of God, proclaiming His various marvelous names. The Psalmist declares in Psalms 48 verse 10: According to thy name, O God, so is thy praise unto the ends of the earth: thy right hand is full of righteousness (KJV).”

The song was produced by Sammy Brown Udobang (Jnr).