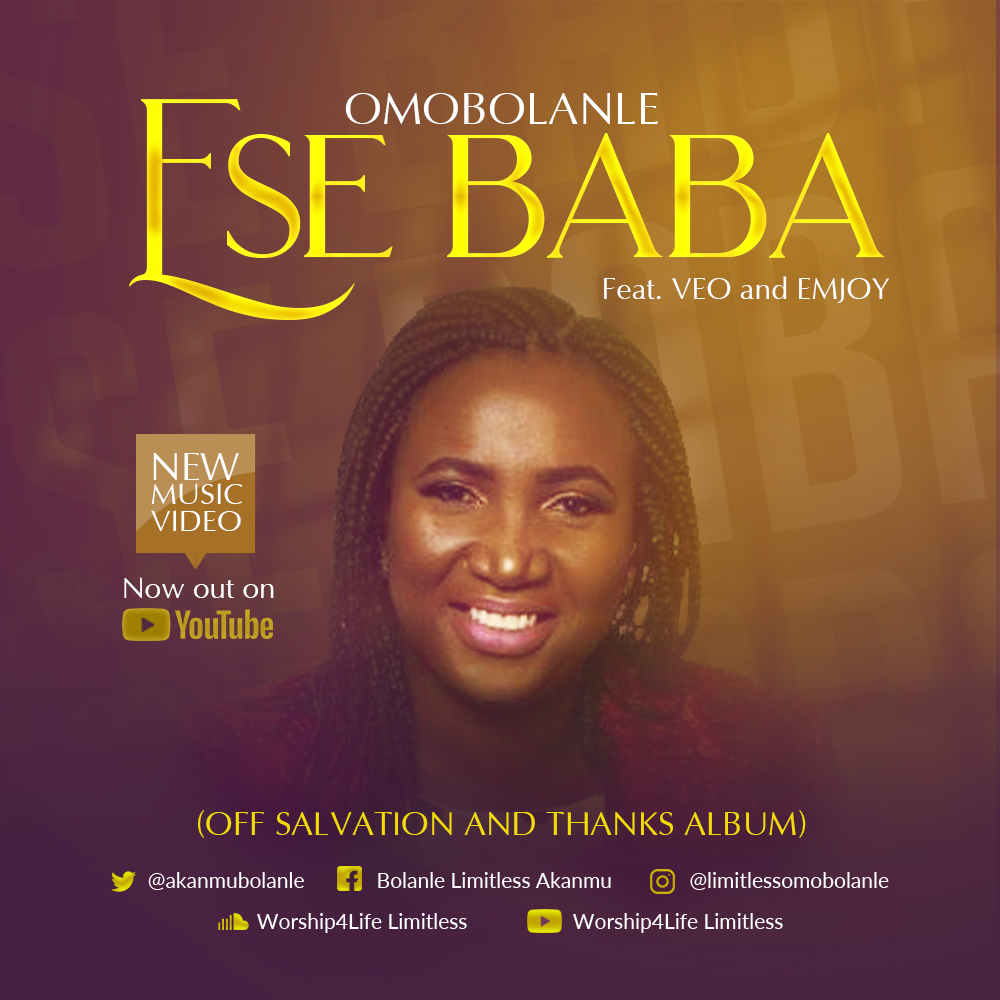 Omobolanle releases the scintillating visuals for her single titled – “Ese Baba” (Thank You Father); the 5th track off her album – “Salvation and Thanks” released in October 2017. It featured VEO & Emjoy.

The single – Ese Baba is a song of thanksgiving and gratitude for the greatest gift of all to the world – Jesus Christ and salvation.

ABOUT
She was influenced greatly by the music of Gospel greats such as Bebe & Cece Winans, Bob Fitts, Alvin Slaughter, Yolanda Adams, Dupe Olulana, Funmi Aragbaiye and many more that were played in her home growing up.

She finally began putting many of her earlier written songs which she calls – “Heavenly Downloads” into public domain with hope that it can help encourage, heal and most importantly lead the lost to Christ.

Omobolanle actively serves as the Assistant Pastor of the Household of Faith Church in the greater Toronto Area.