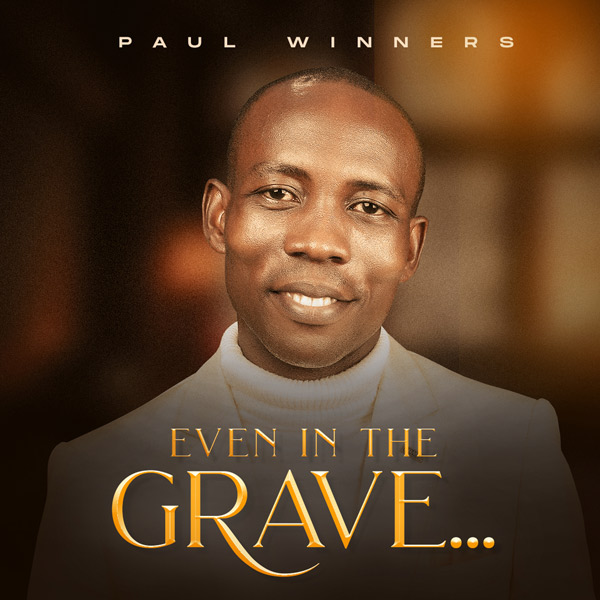 Nigerian talented music minister, singer, songwriter and worship leader, Paul Winners has released another new single which he titled “Even In The Grave”.

As a remix of the original song released in 2019 and titled “Okun Gbohun Re”, Paul Winners has released his new single and has called it “Even In The Grave”, produced by uber-talented producer, DaGenius. In the song, Pastor Paul expresses his gratitude to his Creator for always showing up.

“Even in the grave, Jesus is the Lord. There is no God like our God,” says a line from the song that paints a picture of God being all-powerful and consistent, regardless of things that might seem like barriers to human beings. The song has been released alongside an official video that puts its story into super amazing visuals that will keep you hooked and in the mood to worship, even after it ends.

When asked about the idea behind the song, Paul Winners said:

“Death might look like the end to many people, but Jesus demonstrated that he has power over death by rising from it, as recorded in the Bible. My hope is that while you sing or hear this song, a consciousness will be awakened in you to remind you that as long as the grave could not stop Jesus, no power shall be able to stop your testimonies.”

The video was directed by Iyke Lawrence and appears to perfectly fit the modest tempo of the song.