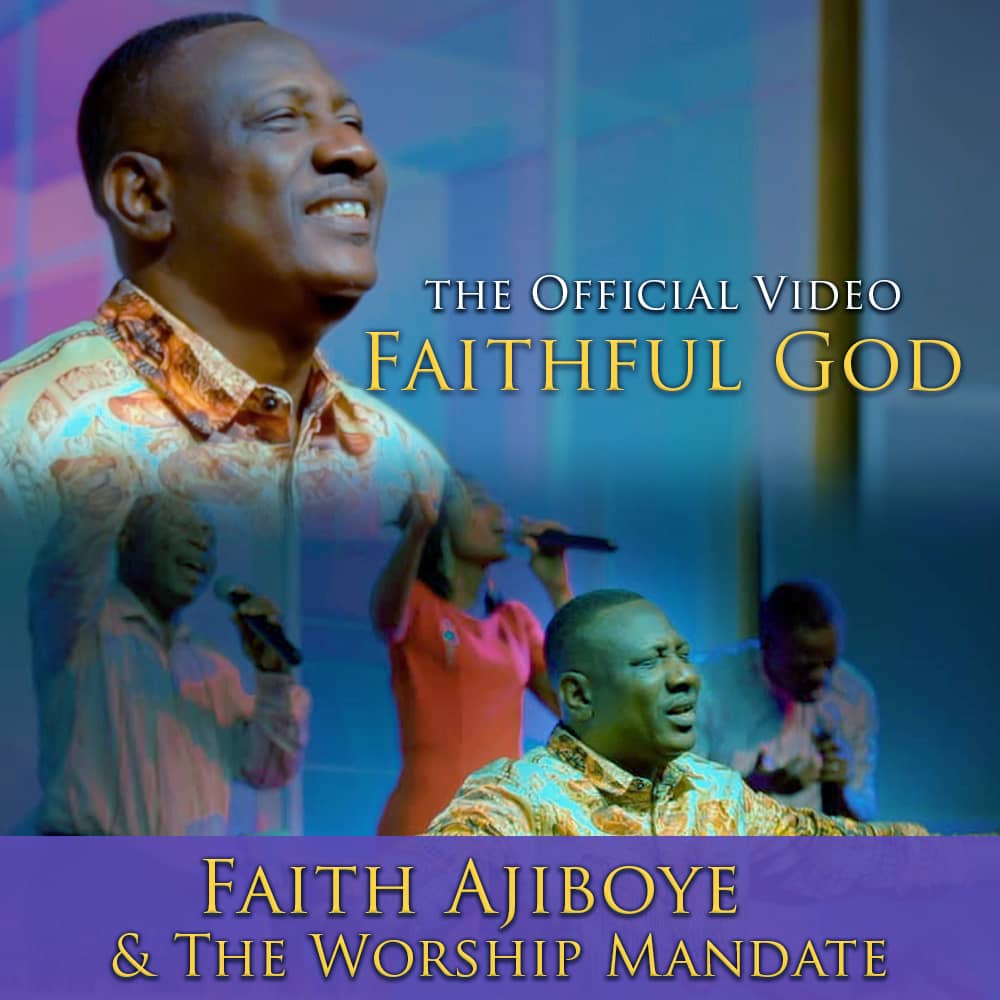 One of the names of Yahweh is THE FAITHFUL GOD. The scripture says; “But if we are faithless, He remains Faithful, He will never cease His Faithfulness to us.“

This audio and video will continue to bless lives, as we come together to worship the FAITHFUL ONE; whose Words are forever sure.

ABOUT
Nigeria’s foremost and celebrated gospel music icon, psalmist, songwriter, music mentor, Preacher, author, media consultant, hymnist, record label owner and gospel music minister, Dr. Faith Ajiboye; a man of many parts, who has thrilled the country for more than thirty years with more than five albums and several singles. He is a respected and anointed worship leader and teacher.

He is the publisher of the first and widely celebrated gospel music magazine in Nigeria; published as NEW PSALMS in 1992 and later rebranded as TODAY’S MUSIC AFRICA in 1998.

This widely circulated and read music magazine in gospel circle has featured and promoted almost all the biggest brands and names known and celebrated today in gospel music locally and internationally.

He is an international music director of repute and an ordained minister of the gospel and has ministered in more than 1,500 churches, locally and internationally in the last thirty years.

Ajiboye who now shuttles between Nigeria, USA, South Africa and Europe; he also runs an annual music/choir academy in Lagos called, “LAGOS CHOIR SEMINAR AND WORKSHOP”, where he has trained well over 10,000 choristers, musicians and sound engineers. He is a visiting music teacher in New Jersey, USA.

Faith Ajiboye who has shared stage with the likes of Ron Kenoly, Donnie McClurkin, Clarence McClendon, Creflo Dollar, Panam Percy Paul and several other top local and international gospel acts. He is a man that carries unusual grace in worship and hymns.

He is a founding father of many gospel music organisations and notable amongst them is Kingdom Music Foundation (KMF); one of the mentoring, training and equipping umbrellas of all gospel music ministers in Nigeria. He is the founder and organizer of one of the most prestigious gospel music awards in Nigeria, TOMA AWARDS.

As an author, Ajiboye has written several praise and worship books including the best sellers; LET THE PRAISE BEGIN and LET’S TALK WORSHIP.

Ajiboye has received many accolades; and in November 2013, he was honoured with Doctor of Divinity in Christian Gospel Music by World Evangelism Christian University, Walhalla, South Carolina, USA.

He is happily married and blessed with children.