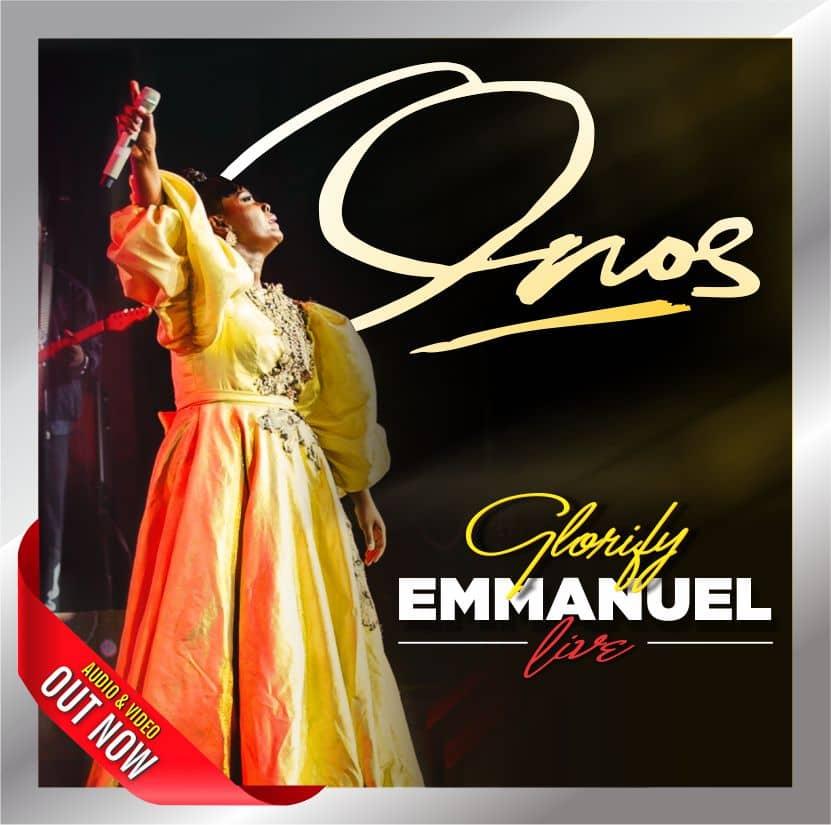 Celebrated gospel music minister Onos Ariyo has released the live performance video for the now trending song Glorify Emmanuel. The song which is off her recently released album – “Breathe”, is set to be another addition to her plethora of hit songs.

The video was recorded live at the Lagos Edition of the “Breathe” concert, held at the Landmark event centre in Oniru, Lagos.

Glorify Emmanuel is a powerful spirit field song borne of the place of deep worship and prayer. The song features a little of the Urhobo language of the Niger Delta and English.

Earlier in the year, Onos released the video of the sensational worship song “Your Name ”directed by Frizzle and Brizzle. She subsequently recorded a reprise featuring American gospel music singer Jekalyn Carr, who was also the guest artist at the Breathe Lagos concert.

The “Breathe tour” held in Lagos Nigeria, Accra Ghana, and Edmonton and Calgary in Canada; and come December 11th 2019, the Breathe tour train will be at Yaounde Cameroon. According to songstress, “the tour continues in 2020”.