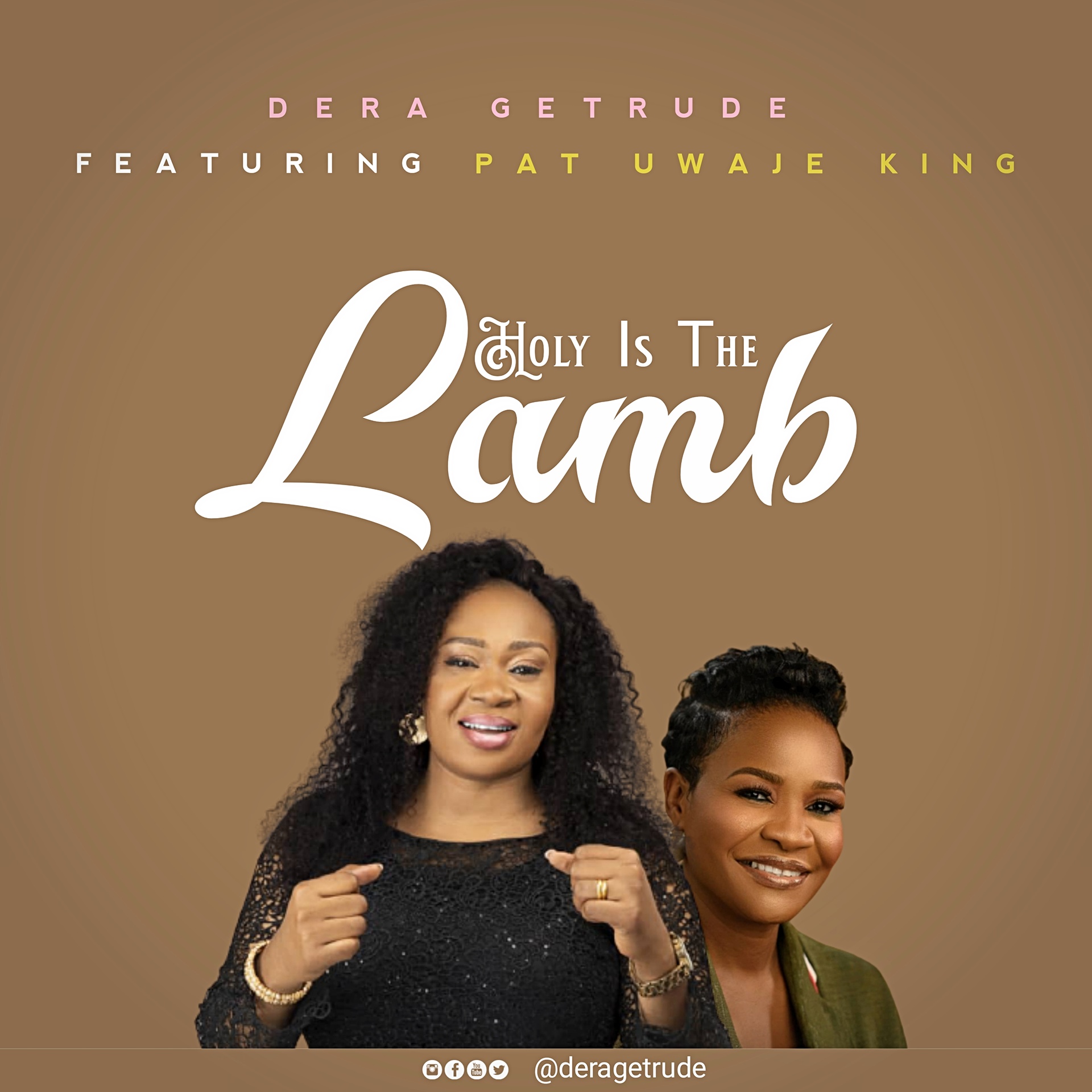 Music minister, Dera Getrude follows up on the success of her last release single “The Name of Jesus” with a new release titled “Holy is the Lamb”.

The worship single echoes the words of the angels in Revelation 5, who were worshipping the Lamb worthy to take the scroll and to open the seal. Dera Getrude and Pat Uwaje King join their voices in synchrony with the heavenly host in worship and praise of the Lamb of God.

Dera Getrude released “The Name of Jesus” in September 2020. It was critically acclaimed and also enjoyed radio and TV rotation. The new release titled “Holy is the Lamb,” which is a follow up on the former, is her 2nd single, backed by the live video, for the year 2020.

Dera Getrude is the convener of the concert “Empowered for Worship” with a good number of editions to her credit. The most recent edition of the concert held online on the 22nd of November and it featured music ministers including Naomi Classik, Chidinma Okere, and Praywell.

Her debut album boasts of life-giving and spirit-stirring tunes such as “In Your Presence,“ “He Came”, “My Prayer”, “Most Holy”, and more. She is mostly famed for her single “God of Heaven and Earth”, released in February of 2018.