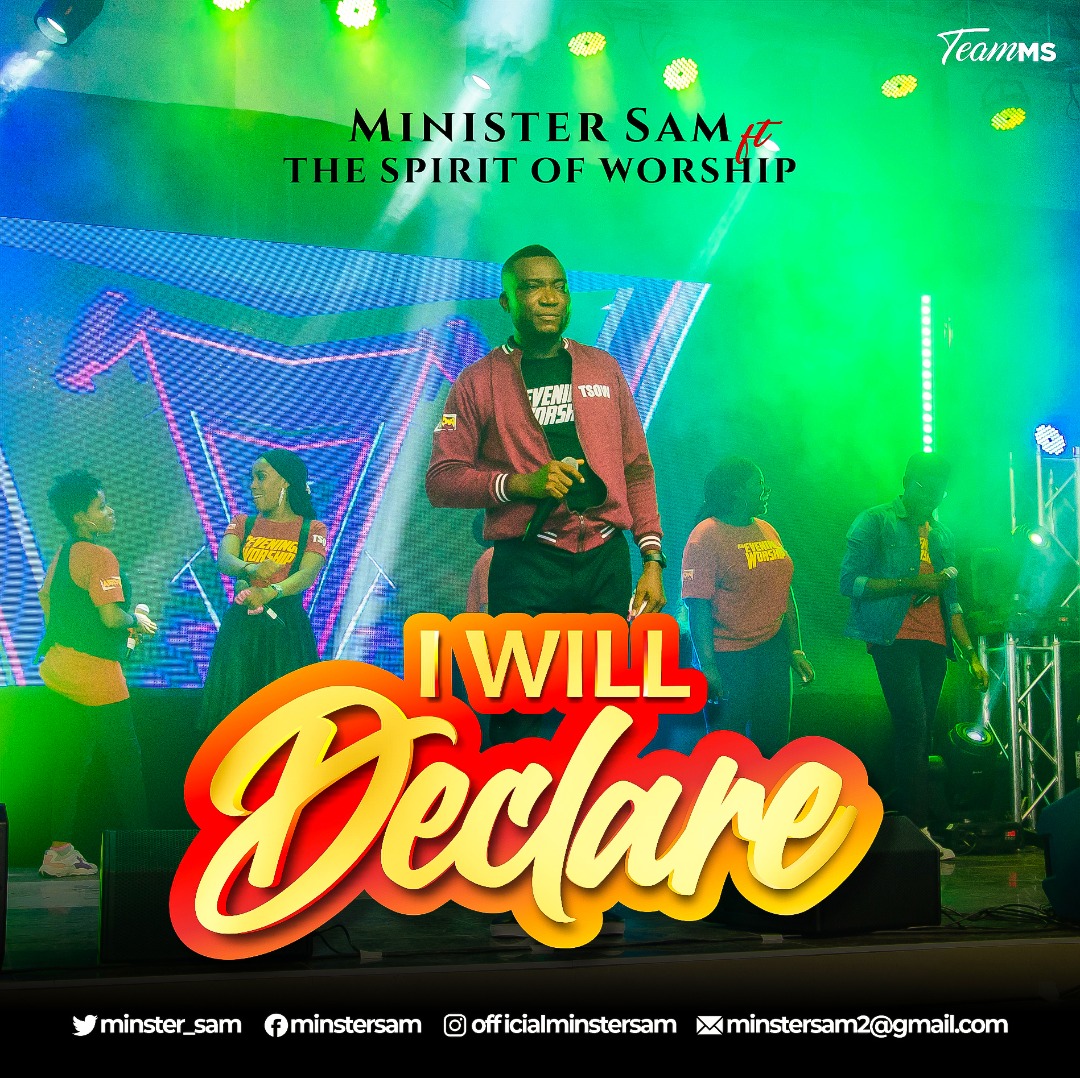 Nigerian talented music minister, singer and songwriter, Minister Sam has released another new single which he titled “I Will Declare” as recorded during his 2020 annual worship concert, An Evening Of Worship With Minister Sam.

This version features his team, The Spirit Of Worship.

“I Will Declare” is a song that can easily penetrate into one’s mind and soul in a second of listening to it. It is a testimonial song that expresses a heart of gratitude.

Over the years, Minister Sam has proven that with a song, he can capture the mind of God and put it in the hearts and lips of God’s children.

MS as he is fondly called has written many songs that have become Anthems in the hearts, homes, and fellowships. He is a praise/worship Leader with two degrees in music,

music director par excellence, and one whose heart beats constantly towards God, His work and people.