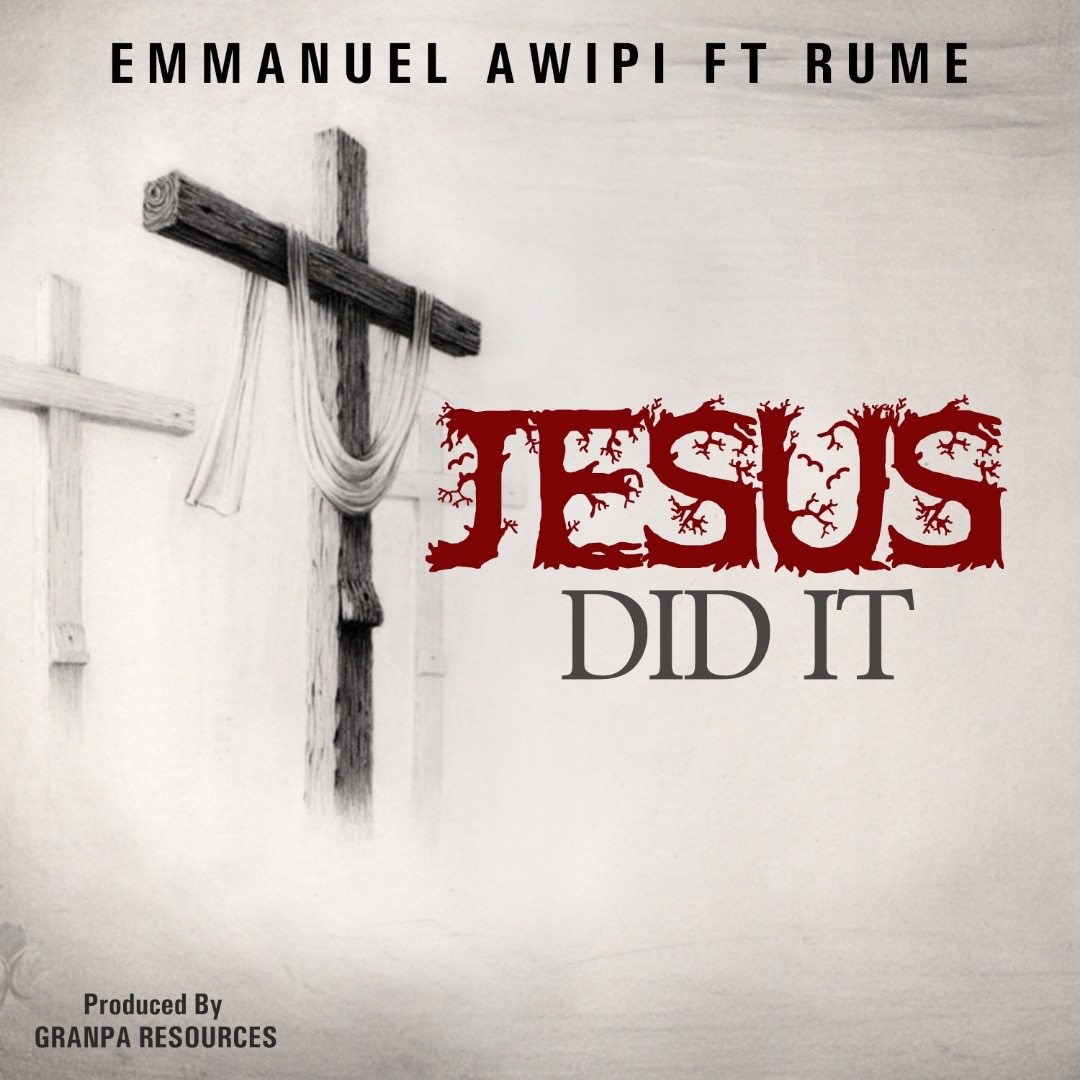 Renowned music director and producer, Emmanuel Awipi popularly known as Grandpa delivers yet another masterpiece titled “Jesus Did It”; featuring amazing vocalist and winner of CGMi Got Talent, Rume.

This song was inspired by the revelation of Jesus’ finished work at the cross of Calvary.

A Child was asked about the book of John and he said that Jesus is all God has to say. Jesus is the totality of the bible from the old to the new testament. So the revelation behind the song is that the redemptive power of Christ has paid the price for my past, my present and my future. He did it all! What we do is to live in that reality and triple our Love for God and our Faith in Him.

Beginning his musical career in the early 90s as a drummer, keyboardist, and a guitarist, Grandpa rose to become a household name in music education, production and songwriting.

With astute musical leadership spanning over 20 years, he has taken on roles such as the Music Director of Faith Arena; and trained several bands and choirs. With several live recordings to his credit, he has written and produced over 30 songs across the globe.

An outstanding voice coach and author of the bestseller “Beyond the Music” he currently serves as the International Music Director of CGMI and has ministered with Israel Houghton, Micah Stampley, and Nathaniel Bassey, to mention a few.

When he is not mentoring musical artistry from grassroots to center stage, Grandpa serves as a leadership consultant on a mission to build, train and rebrand the next generation of leaders.