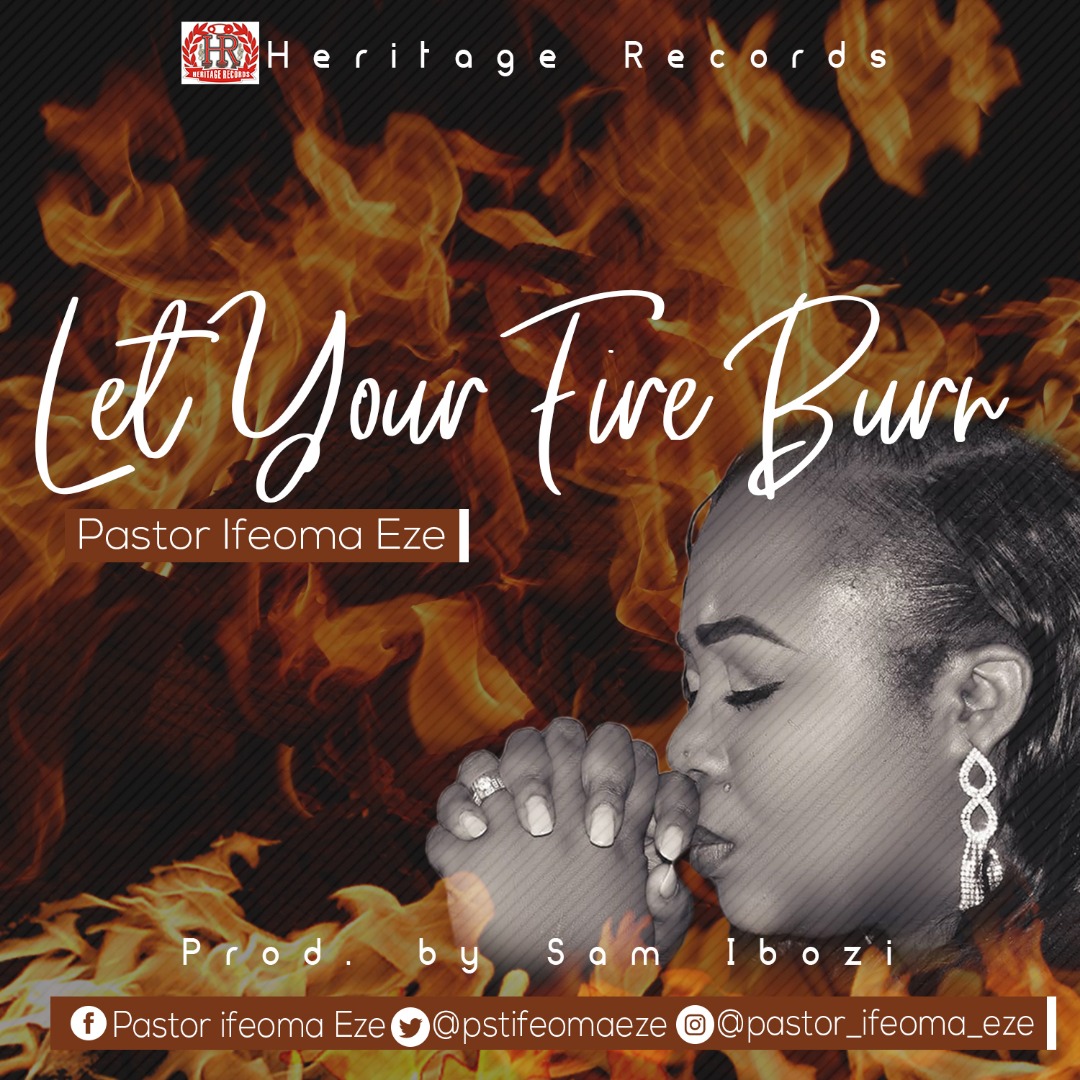 “Let your Fire Burn” is a song coming after her recently released single “Shout Your Praise”; which got a wide acceptance.

It is necessary that the fire on the altar of our hearts burn continuously and never go out. Let us give our hearts to God; all blazing with love, and seek His grace that the fire may never be quenched; for it will not burn if the Lord does not keep it burning. Many foes will attempt to extinguish it; but if the unseen hand behind the wall, pours thereon the sacred oil, it will blaze higher and higher.

John 5:35 KJV – “He was a burning and a shining light; and ye were willing for a season to rejoice in his light”

“I strongly believe this new song is a prayer-song that will inspire everyone and rekindle the fire on the altar of our hearts. We can be burning and shining lights that will deliver our world from gross darkness thereby compelling kings to come to the brightness of our rising!

“Let your Fire Burn” was birthed in the place of worship and which was recorded live in Abuja during Pastor Ifeoma Eze Live in Concert (PIELIC). I am very excited sharing this new song with you” – Pastor Ifeoma Eze

ABOUT
Pastor Ifeoma Eze is an Abuja based gospel singer, who writes and receives songs revelationally. She has not only used her voice and music to inspire but also to touch lives and call down the presence of God.
Her love and passion for music started when she was young and grew over time.

In 2011, she dropped her first album ‘Phenomenon’ with 6 tracks followed by 11 tracks from an album done with the church choir (Zion Voices) titled ‘So Lifted’ in 2012. She also released 14 tracks in 2013 with an album titled ‘Koinonia’, she released yet another album titled ‘Behind the scenes’ containing 14 songs in 2016. In 2017, she released her all-time hit album “You are Powerful”- an album that will not only intrigue you but draw you closer to the creator.

2018 ushered in her greatest album yet, titled “Lifted For Life” It’s impossible not to love such an exciting album with 16 whole tracks!

She has written over 80 gospel songs and derives great fulfillment in Worshiping God!
She is also a Pastor, Educationist, Author, Teacher, Speaker, Parasitologist, Entrepreneur, Administrator, and life-coach. Her utmost desire in life is to leave an indelible mark in the hearts of people and on the sands of time!