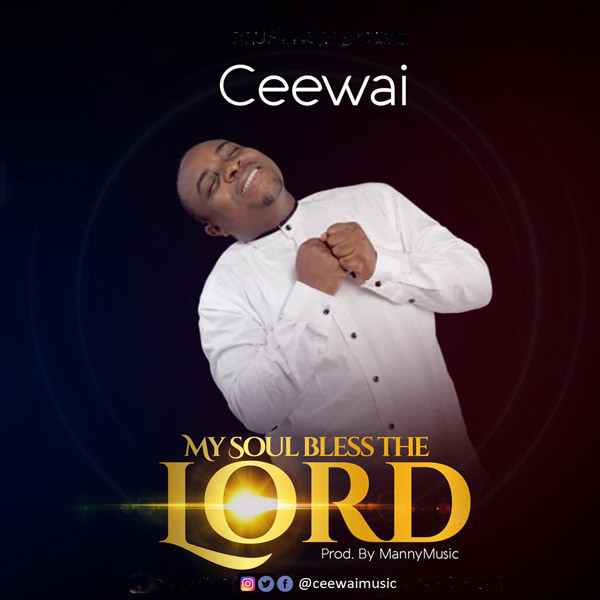 Ceewai makes a comeback with an amazing new sound titled “My Soul Bless The Lord”; coming after more than three years since his last single, “I Dighi Agbanwe”; released in 2017.

The gospel minister said that he spent a lot of time this period writing songs and in the studio working on his many new projects. According to him, The inspiration for this song came to him in the early hours of the morning when he was on his way to Port Harcourt.

“I was still basking in the euphoria of my fellowship with the Father that morning and I could just feel the warm embrace of God’s overwhelming Love. It was so tangible that I couldn’t walk, tears filled my eyes. When I opened my mouth, it was a new song; My Soul Bless The Lord. This song has stayed in my heart and in my mouth; blessing me everyday. I am so excited to share this with you”.

“My Soul Bless The Lord” is also available for streaming via Audiomack and SoundCloud.

ABOUT
Producer, songwriter, vocalist, music director and multi-instrumentalist, Ceewai was born in the city of Umuahia Abia state; to the family of Mr. Gabriel and Mrs. Charity Nmajiogu. Cyprain Nmajiogu popularly known as Ceewai, grew up with music in his bones. His talent and penchant for musical excellence saw him become a multi-instrumentalist at a very tender age.

He studied Biochemistry in Abia State University, Uturu; and while in the university, he became a renowned music director of Casor Reconciliation Choir (CRC), where he shone like a star. Taking the standard of music in that Campus to a very high level with CRC. The choir, which was known for a very popular musical concert called Tehila, attracted spectators from different cities of Nigeria, because of its impact.

Dr. Tj Challenges Singers & Musicians With His “You Found Me” Single