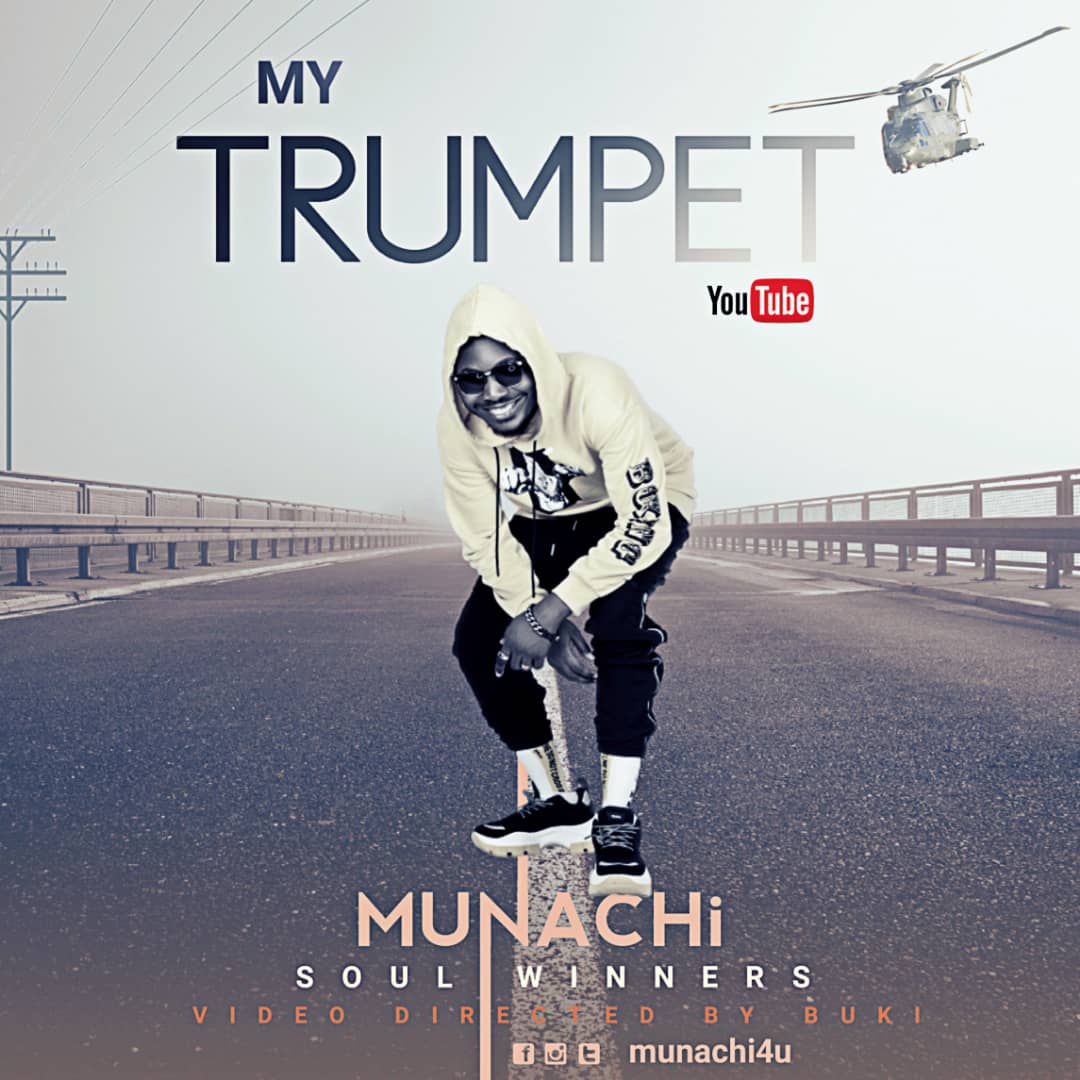 Urban Gospel music artiste Munachi releases the video of “My Trumpet”; off the newly released “No Lele” album.

“My Trumpet” is one of the highlight of the album as Munachi tells his grass to grace story. It is quite compelling with an instrumentation that draws you into Munachi’s mood and tone as he lays the rendition. Complemented with a simple, yet colourful visual which is reflective of the theme of success that is emphatic throughout the song.

The song which appeals basically to the millennials is a dragnet for the youths, and an attraction, away from the obscenities of the Pop Culture of mainstream music.

If you have ever been through the struggle to come up and on the way, you discovered Jesus, you will relate with Munachi’s sound and message 100%. Munachi is not trying to blend in but uses his uniqueness to stand out in a way that is almost rude to the orthodox and religious.

LexDave shot “My Trumpet” video and it was directed by Buki.

“No Lele,” the album by Munachi features the hit single “Jupa,” and is marketed and distributed by P-Myk Productions. No. 47, Ubakason Plaza, behind Obazi Plaza, Alaba International Market, Lagos – 07087932889.

Get the album on Boomplay + iTunes:

[VIDEO & AUDIO] “Father, I Salute You” – BMC Melody Choir
[ARTICLE] “The Flip Side” by Aguma Chima Koke
%d bloggers like this: