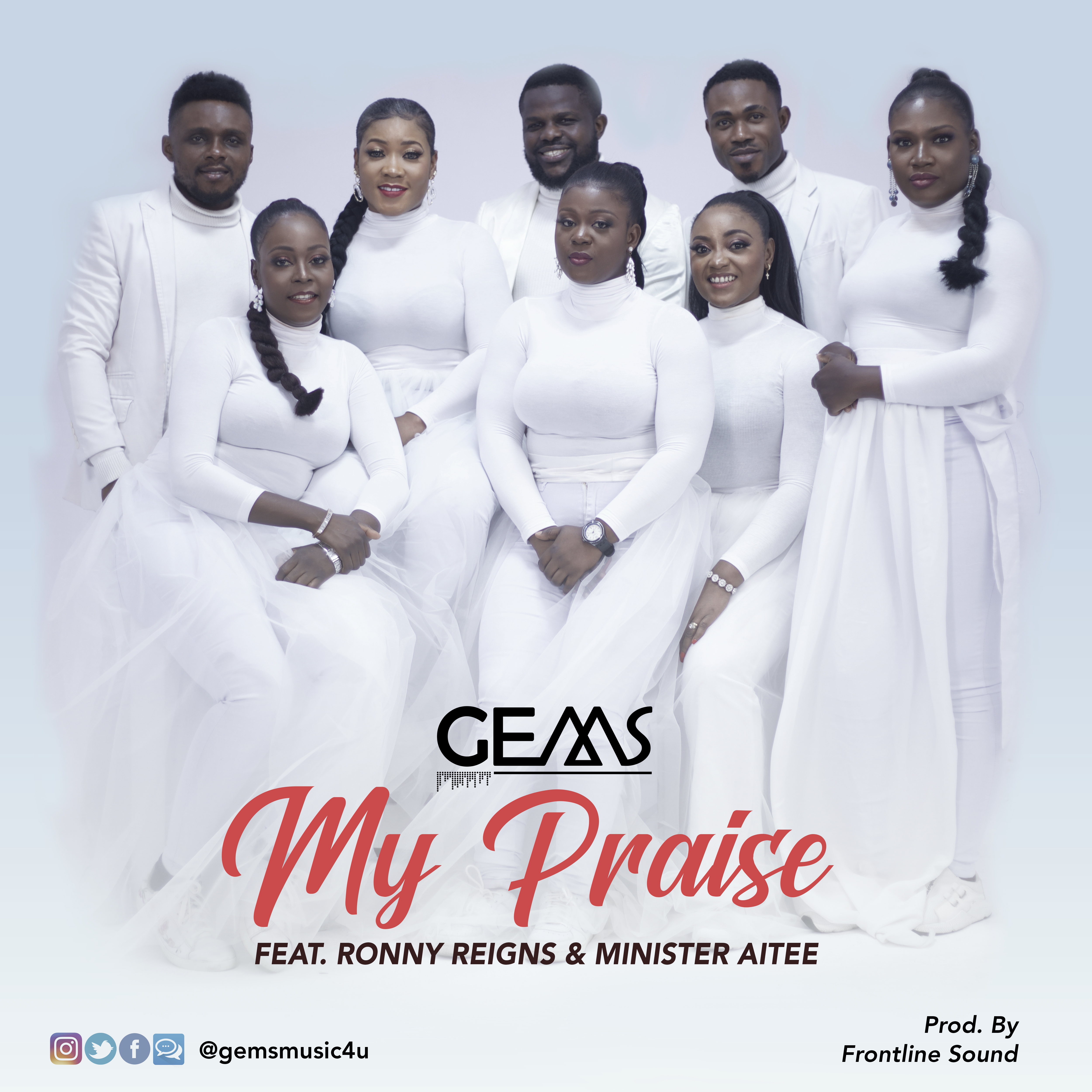 After much anticipation and buzz, new gospel music singing group, GEMS has released their first single titled “My Praise”.

GEMS first went public earlier this year with the press launch of their group and has caught the eyes of so many in the gospel music community including music lovers. Though there has been many music bands in the past, the announcement of the GEMS brought a new spark of excitement as to what to expect from the group.

“My Praise” is their debut single and it drops in both audio and with an official music video. The single, My Praise, produced by Frontline Sound and mixed and mastered by Kasid, lays the bedrock for the sound of GEMS and more to come. The single is a song of worship and exaltation to God and a sound that would stir up hearts in intense worship to God and is led by Ronny Reigns and Minister Aitee.

The video also, is an amazing representation of the lyrics of the song, and is a must watch because of its captivating pictures and scenes.

ABOUT
Gems, made of gifted individual singers and artists have been busy recording some of their singles and videos; most of which they have scheduled to be released this year. It will be a busy year for them with all they have planned for 2021 alone. One of such projects is a live in-studio recording, and several more projects.

Stay expectant for this is the newest gospel music band on the block and they are here to stay.

[VIDEO & AUDIO] “You Are The Lord” – Johnny Praise

[VIDEO & AUDIO] “This Too Shall Pass” – Freddie