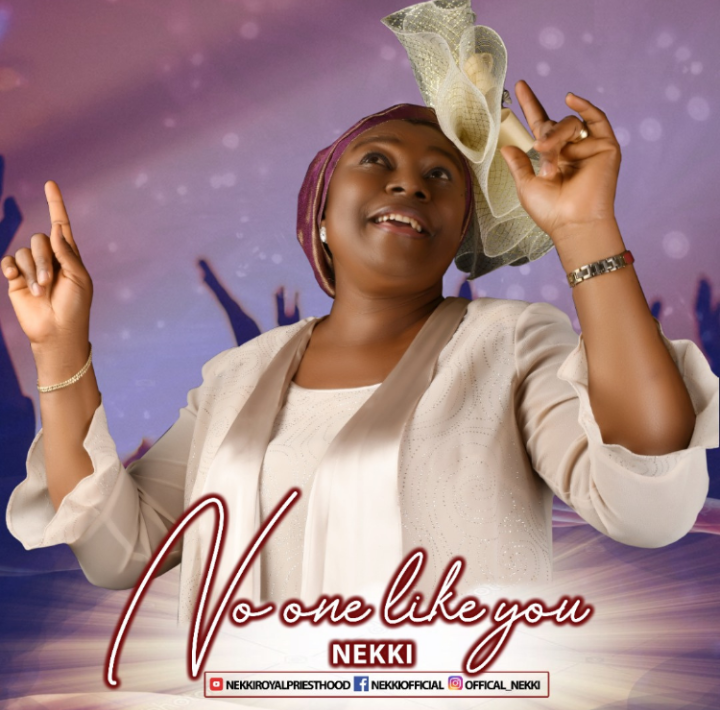 After the release of Endless Love in 2019, Cameroon-born Nigerian music minister – Nwafor Elizabeth Chinelo simply known as Nekki, is out with a new single titled “No One Like You”; a song of praise to God – one that speaks of God’s incomparable greatness, power, might, glory and nature.

Looking at all beings which have ever existed on earth, underneath and above, there is none who can, has, or will do what God does.

It’s not just a song of praise but a song that when sung with understanding, focus and rapt attention will constantly remind us of how big our God is and the assurance that there is nothing too big for him to handle.

ABOUT
Nwafor Elizabeth Chinelo (Nekki) is the 7th child out of 9 children and was born on the 12th of November 1969 in Limbe in the South West Province of Cameroon. The singing started for her at a tender age while following her father to the St Peters Anglican Church choir rehearsals in Limbe. Over time, she joined the St Peters Anglican choir in Limbe.

In 1983 she came back to Nigeria and in 1986 at a Reinhard Bonke crusade organized in Onitsha Anambra, she accepted the gift of salvation and became born again.

She began songwriting the same year and has written more than 120 songs.

She is a life member of the Full Gospel Business Men’s Fellowship International (FGBMFI) and has ministered in many churches, conferences, and conventions including the West Africa, Africa, and world conventions of FGBMFI.

She is married to Arch Mike Ikemefuna Nwafor, a seasoned minister of the gospel, and their union is blessed with six wonderful children.

Well then, am I suggesting that the law of God is sinful? Of course not! In fact, it was the law that showed me my sin. I would never have known that coveting is wrong if the law had not said, “You must not covet.”
Romans 7:7