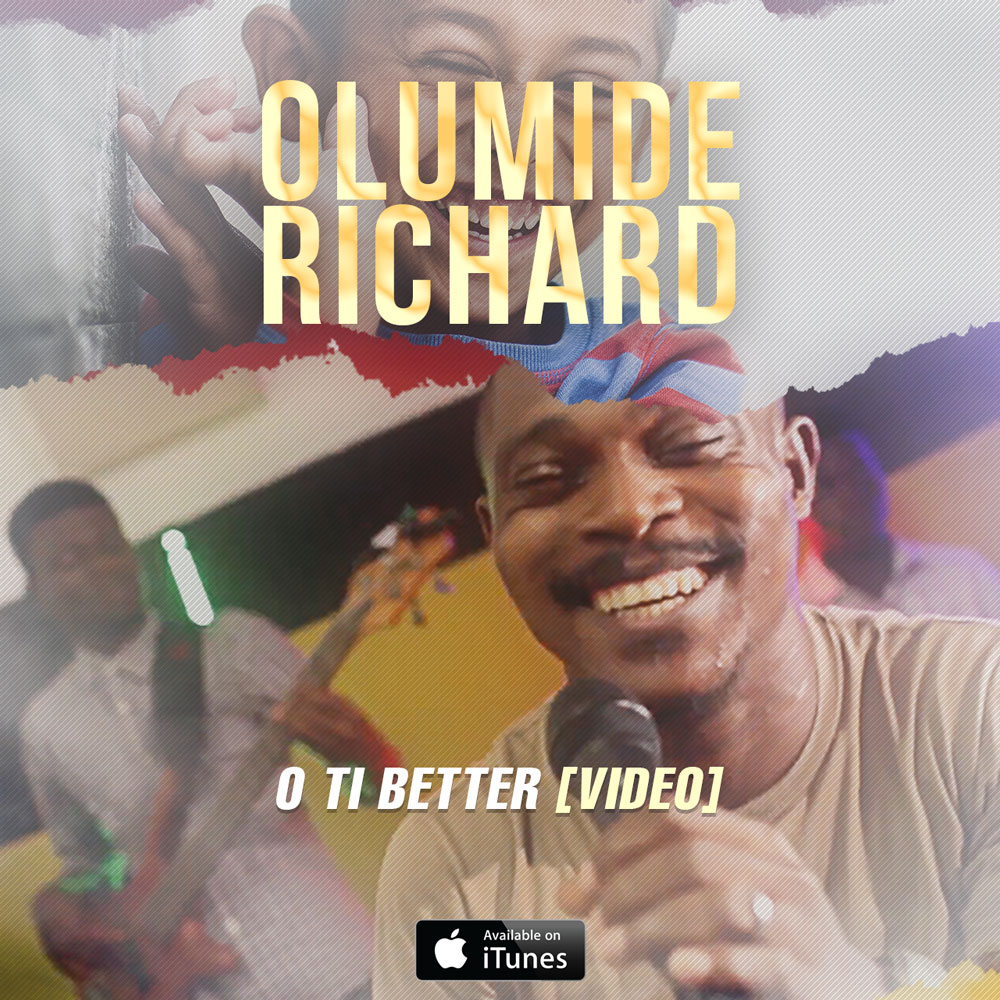 “O Ti Better” written in a Nigerian local parlance, Pidgin English, fused with Yoruba and translates as “Things are better” in English; effectively suites and refreshes the mind upon listen.

According to Olumide; “The song “O ti better” (things are better) was originally written as – “o si ma better” (things will be better)”. The producer suggested a more positive outlook at life and we changed the lyrics to speak as God would have us”.

The struggles, challenges, and hardship experienced in different parts of the world is capable of making believers and the population at large to become faint at heart; but this prophetic declaration speaks life.

It declares and professes hope for a brighter life and a better tomorrow.
As a musician with an eclectic taste, Olumide, explores his musical proficiency in his “That’s Love”. The album features different genre ranging from Highlife, Pop, Jazz, Funk and Ballad.

The video (O Ti Better) serves as an introduction and a snippet as to the album – “That’s Love” details.
As you sing along be sure to see things in your life as God sees them. Sorted, done and Good!