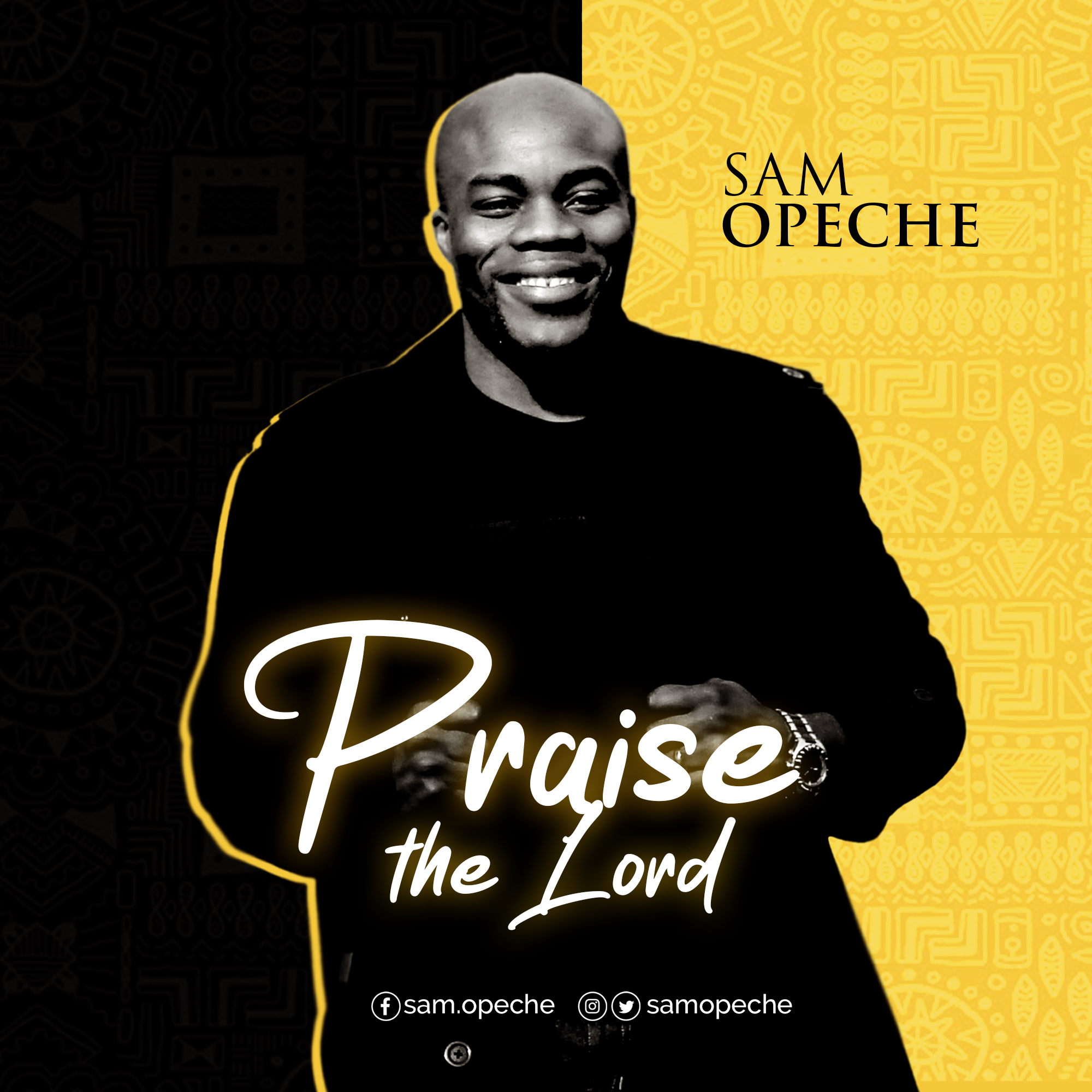 Birthed during the period the world was ravaged by the global pandemic; nations of the world went into lockdown with panic and uncertainty all over the land, the Lord gave Sam Opeche a sound titled “Praise the Lord”; a sound that mandates the people to praise God in good and bad times with unwavering faith in a change.

Sam firmly believes that God has given him this song to remind the body of Christ of God’s undying love. Indeed, the loving-kindness of God never leaves us no matter the circumstances of our lives. He has promised and He will never fail, and all we need do is resound with satisfying joy: Praise The Lord

A multiple award winner, Sam has successfully toured the UK and Europe. During his tours, he had the privilege of performing alongside gospel heavyweights such as Nataniel Bassey, Sonnie Badu, Muyiwa Olanrewaju, Gabriel Eziashi, Faith Child, and a host of others at a number of megachurches in the UK; several sold-out concerts in Germany and at the Connection Convention in Wroclaw, Poland. Sam has also performed at the renowned London Festival of Life events at The Excel.

Working with the widely respected producer Gozi Okogwu (Goz) and his crew, they created a song that many observers have tagged ‘exceptional’. When asked what he thought about the song, Goz simply said ‘magical’. That, coming from a legendary producer and a well-sought-after musical architect in the UK Gospel industry is an indication that something spectacular is indeed about to launch.

Sam’s song ‘Praise The Lord’ topped the UK Christian Gospel Chart in March under the Contemporary Gospel category with an overwhelming vote from both fans and professional judges.

Sam’s vocal texture is an undeniable signature that makes him stand out. He has been compared to Seal by many of his fans, and some even say he sounds like gospel greats, Ron Kenoly and Donnie McClurkin. Yet, Sam’s tuneful sound is strikingly unique.
Sam is so grateful to his many fans and the way they have endeared him to their hearts. His primary goal is to serve the body of Christ and all people with his musicality to the praise and glory of God.

Falling in love with Jesus after an extraordinary encounter on his way to sing at a nightclub, Sam wants everyone to know of the sweet and tender mercy of our God towards all people. That’s why he retorts to God in the song ‘Your loving kindness, your tender mercies will never leave, so let everything within me praise His name.’