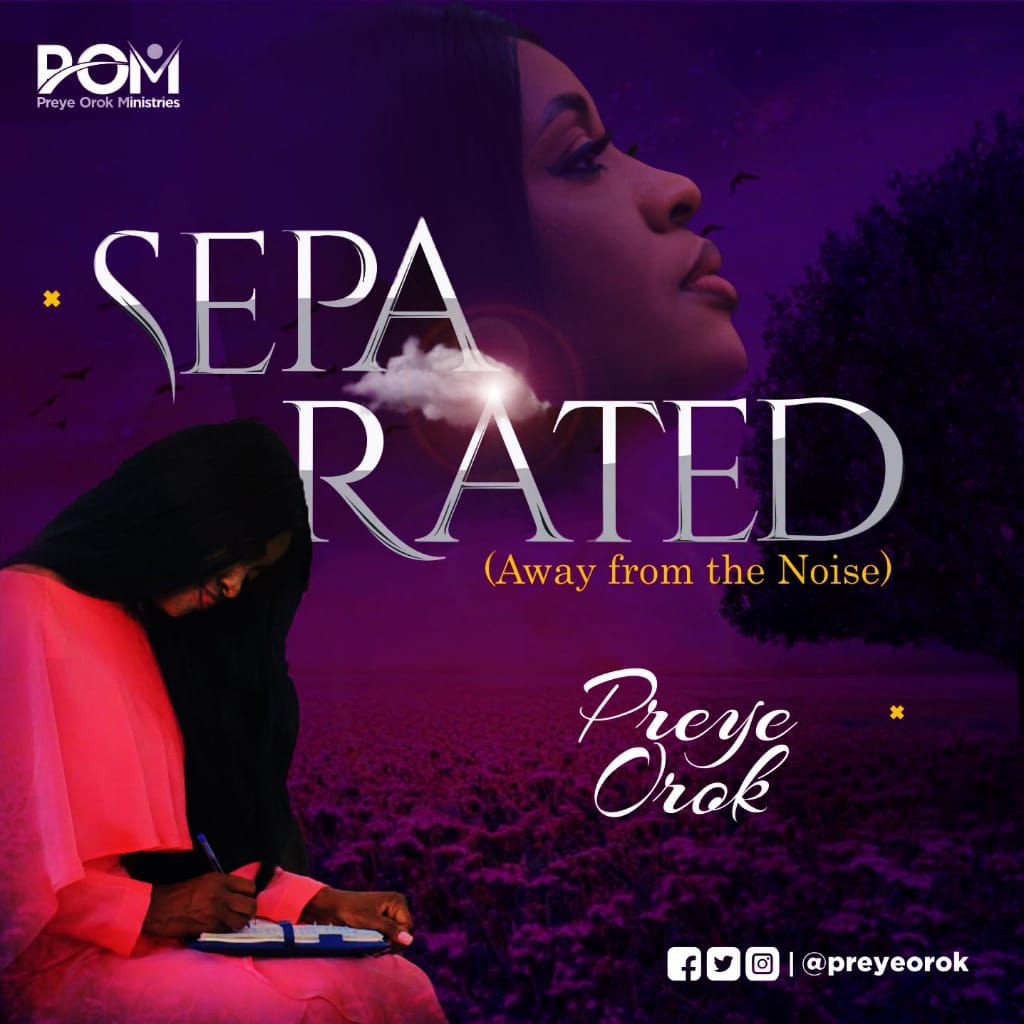 Minister Preye Orok makes a comeback with “Separated (Away from the Noise)”, which is a song of revival, intimacy and yearning for more of God. This song is coming up first as a single that projects a deep hunger and fellowship.

After a brief stint with a record label in 2019, Preye signed a deal with an Abuja based label and released the visual to her debut single “Dependable God”. Following expiration of her deal with the label, she unveils a new ministry emblem tagged “Preye Orok Ministries” and ready to churn out more contents.

The new song is accompanied with an amazing visual which premiered on Trace Gospel recently. Preye is a sold out lover of God and its shown on her songs and her goal is to use her ministry to draw many back to the creator.

“‘Separated’ is a song that will build up an atmosphere of fellowship and worship; birthed from the place of prayer and desperation for more of God. It is a song of separation, being set apart unto God, a sound of Revival.” Preye Orok

The video was directed by Justice DH, while audio was produced by Greenwox.