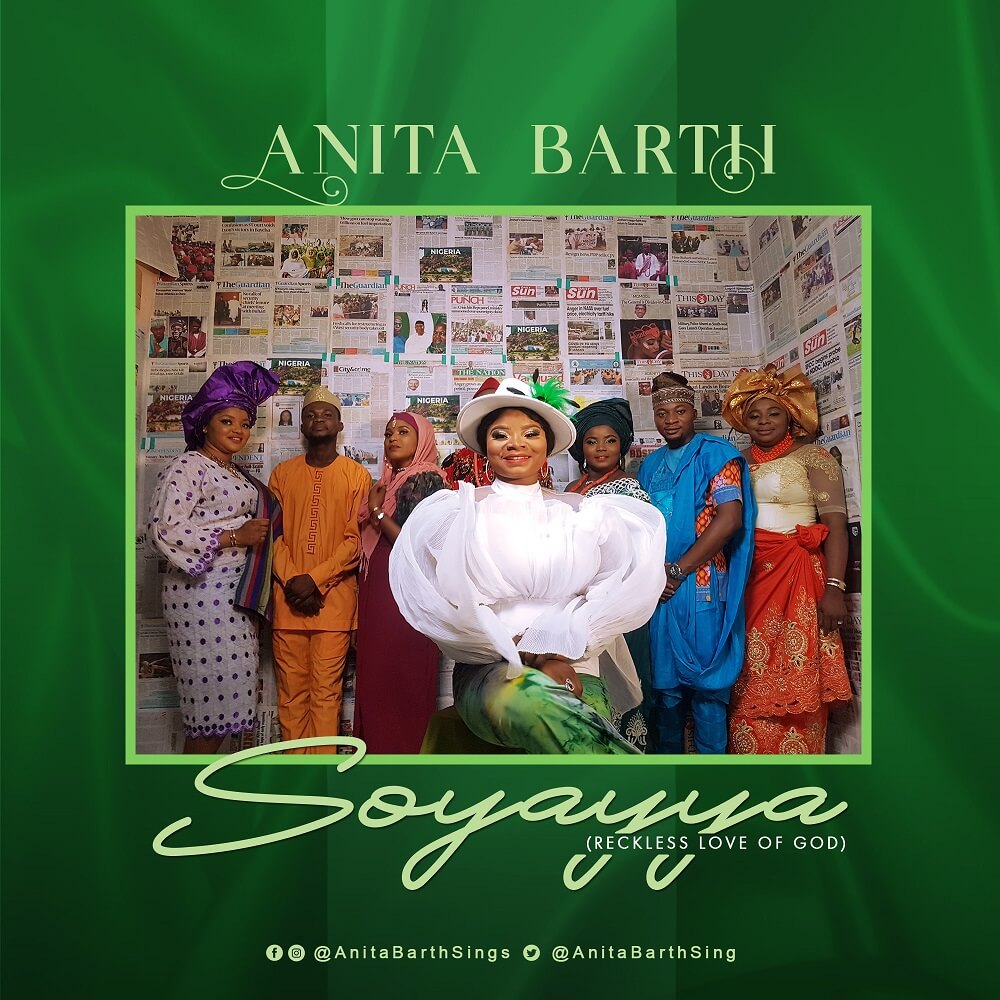 “Soyayya” which means love in Hausa, is a rendition of God’s reckless love that stays true through the good day, as well as the stormy day.

Speaking about the song, Anita Barth said, “It’s an encouragement for every Nigerian and indeed the world at large, that although we might be going through tough times, we should never give up.”

“The one who created all of the universe will come true for us all with his unquantifiable grace and shower recklessly with his love.” She Adds

“Soyayya” serves as Anita’s third official single following her debut “All Around Me” (2019) and “Unfailing” (2020). The new track was produced, mixed, and mastered by Joey. TeewhyonTop directed the video.

“Soyayya” is available now on all digital platforms.