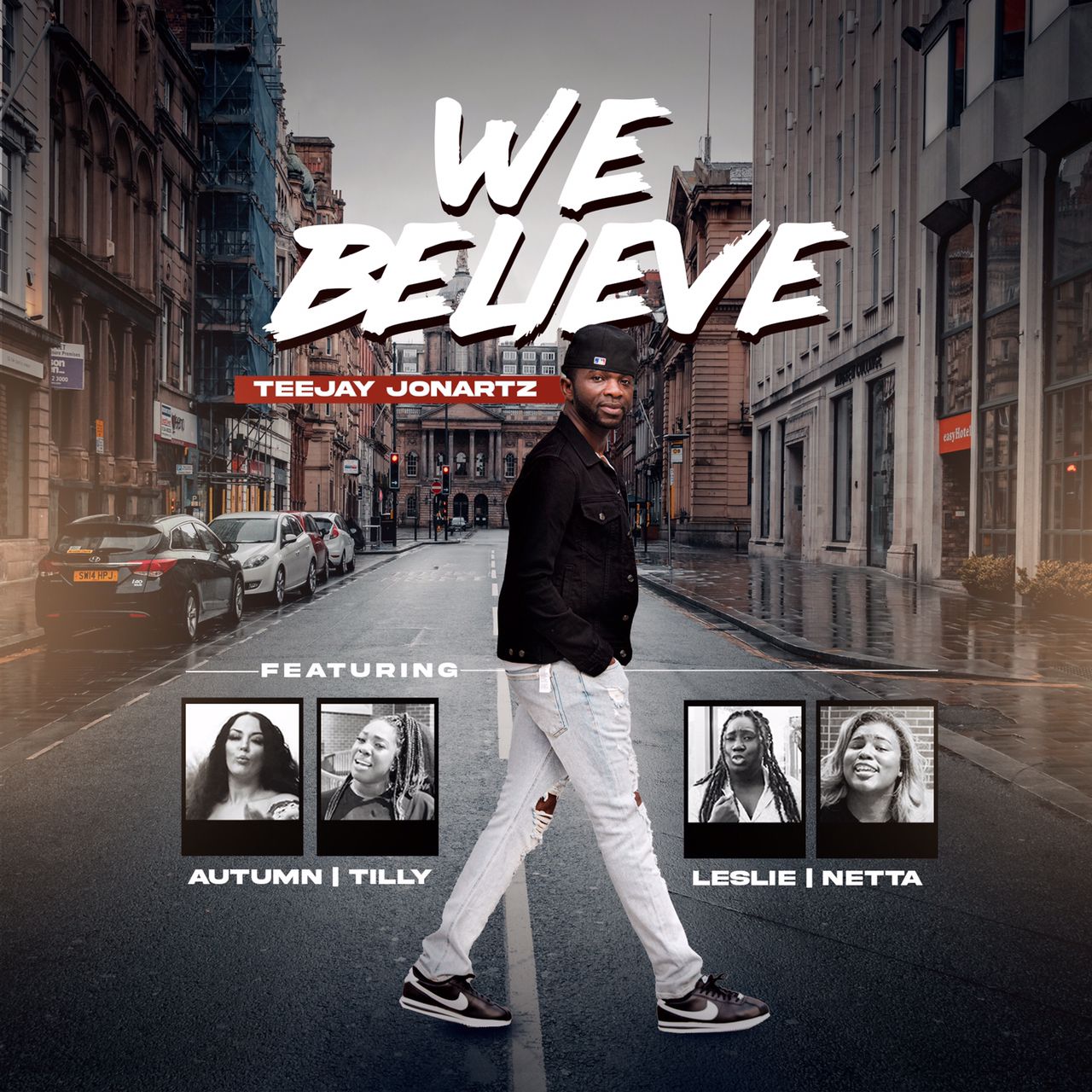 Prolific Songwriter, Music Director, and Producer Teejay, Jonartz is out with a new offering titled “We Believe”; the inspirational piece is aptly his second outing for the year 2021.

The song features 4 other amazing singers namely Autumn, Tilly, Leslie, and Netta. The new single is a follow-up on the July 2021 release of the single, the jazzy “It’s Up to You”.

it’s all-inclusive instrumentation, allowing for elasticity enough to fall under the category of World Music. Majorly composed of various elements of Folk music and electronica, it can easily pass for an anthem at a world event.

Teejay Jonartz is very intentional with his message. The song complements the video beautifully. The serene ambiance, mood, and tone depict a state of possibilities beyond challenges and limitations. The dance scenes splash notes of celebration, festivity, and a state of victory on the strong theme of possibility.

“It’s never too late to be what you might have been,” Teejay Jonartz posited.

Teejay Jonartz is a singer, songwriter, music director, and producer. He is the founder of Jonartz Production. Moreover, He is the chief host of the Rekindle event.

He released his debut single titled “Worship You” in 2018. It was accompanied by an amazing visual. On the heels of that release comes “It’s Up To You,” which dropped earlier this year with a video as well. The “We Believe” project however dwarfs all his previous releases by a huge margin.