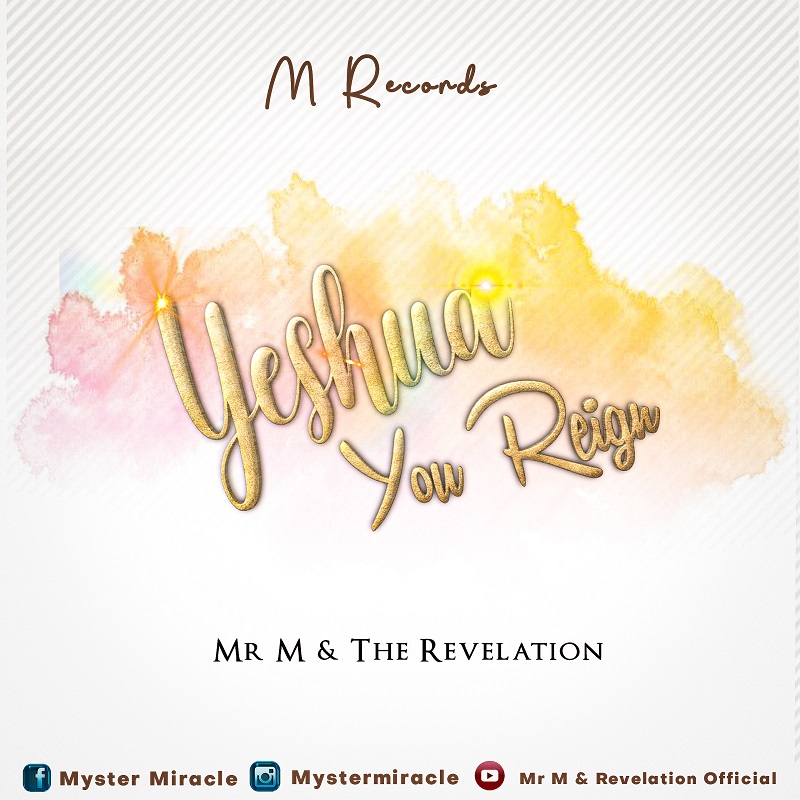 South East based music group Mr. M and Revelation have remained consistent with the release of soul lifting songs; just like this new single titled “Yeshua You Reign”; coming after the group released a brand new album “Spiritual Songs”.

The group has churned out amazing songs this period from upbeat songs like, “God no go shame us” to soft worship sound – “Yahweh”, and the list goes on.

“Yeshua You reign” is a new untamed worship song recorded live and exalts the name of God and his reign over the affairs of men.

Mr. M and Revelation are known powerhouse music teams stirring up revival with divine sounds.
Hunger for a spiritual shift, should listen to “Yeshua You Reign”.