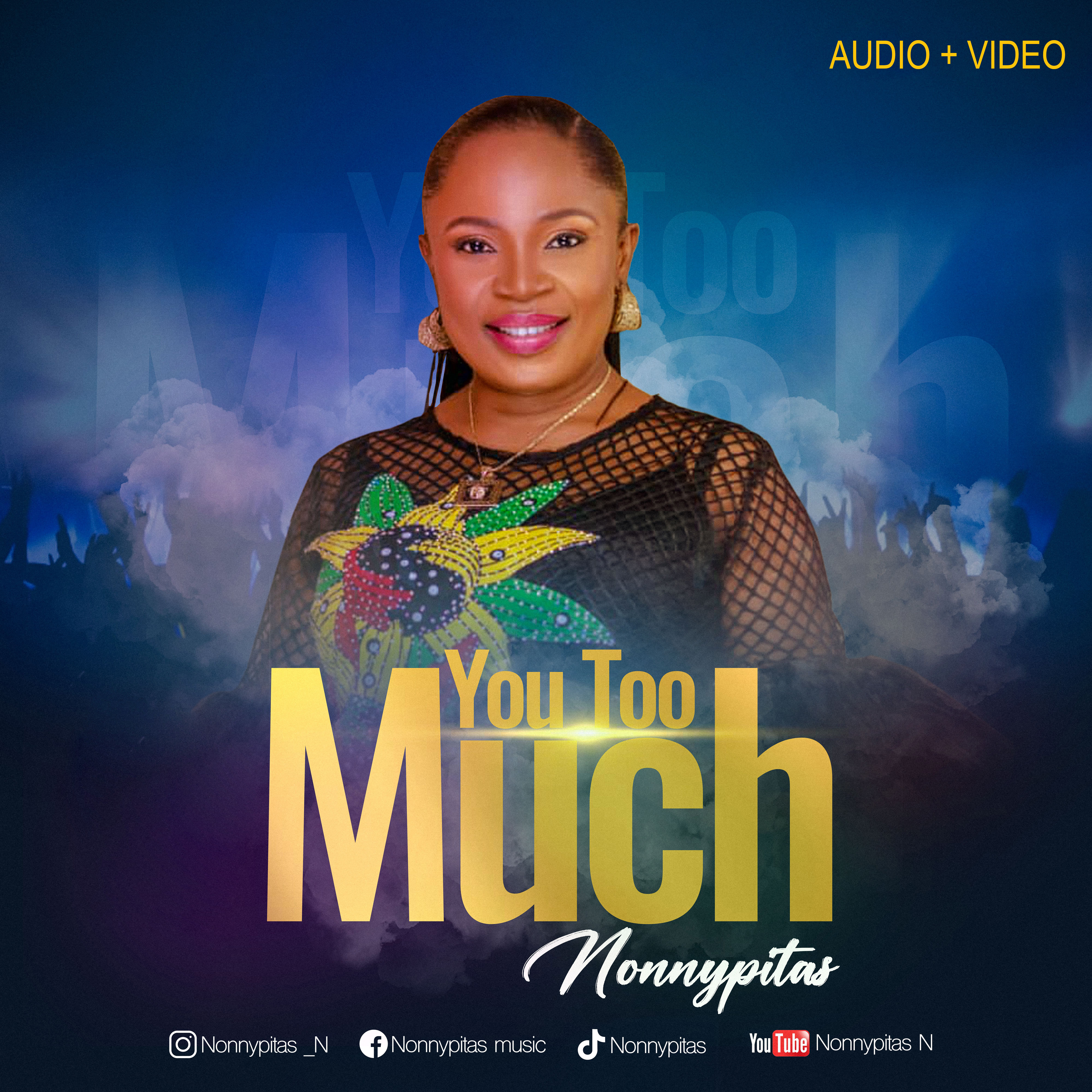 Nigeian talented music minister, singer, songwriter and worship leader, NonnyPitas has released another new single which she titled “You Too Much”.

An inspiring worship leader with the mandate of drawing souls to Christ through music.

The song “YOU TOO MUCH” was written in 2011 after a Divine encounter with the holy ghost, a song of appreciation to God and a solemn declaration of the goodness of God and unending love in our lives.

The song was produced by awarding producer; TKEYZ, mixed and mastered by Roland Joel archy while the video was directed by Amachree Superstar for TWC studios.