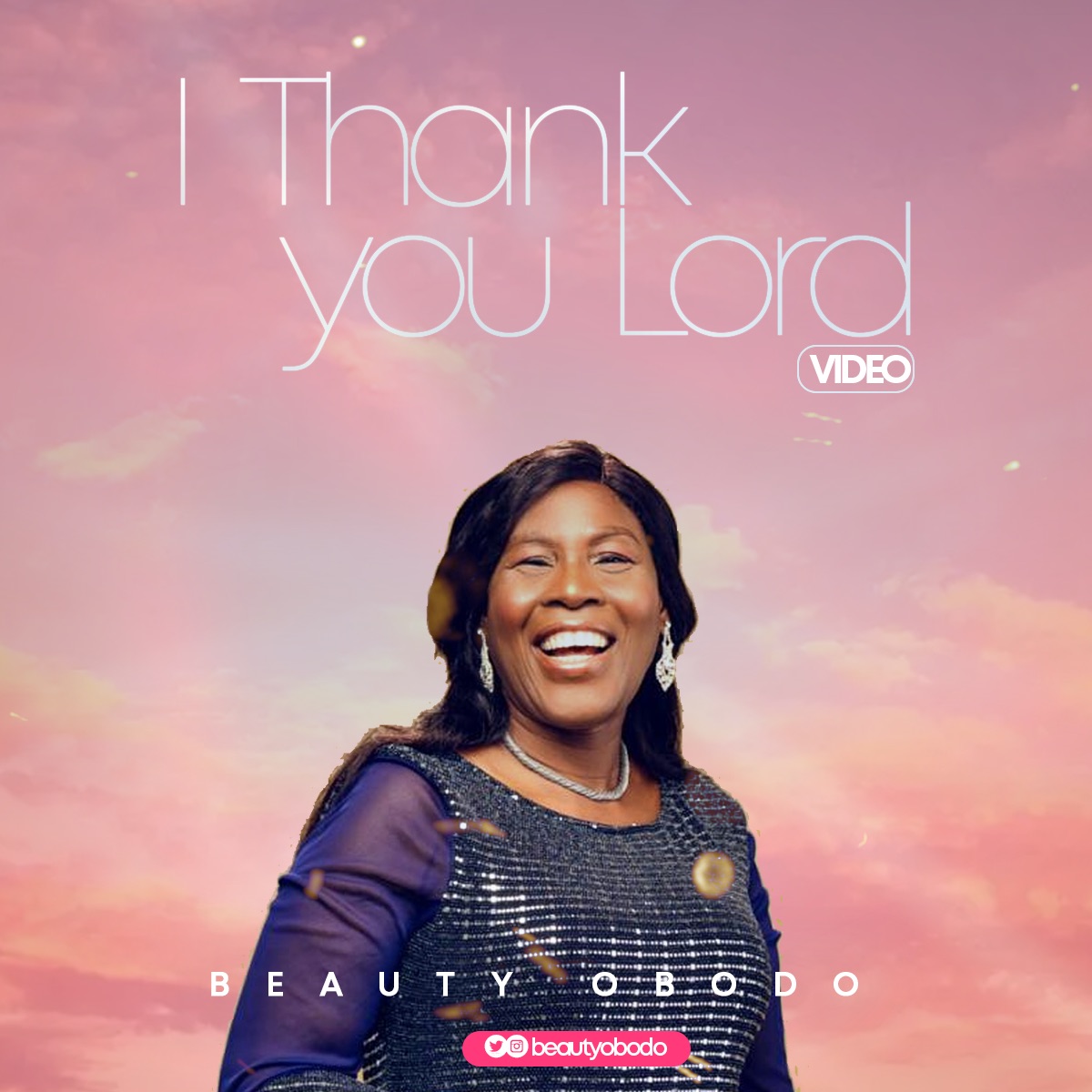 Beauty Obodo celebrates her birthday (Jan 20) with the music video premiere for her well-received single “I Thank You Lord”, as she expresses deep gratitude and thankfulness to God for His faithfulness through the years.

The song which was featured as an additional track on “A New Thing”; the re-branded and re-released version of her debut CD, will also be included on her upcoming new album.

Delivered in multiple languages including Urhobo, Yoruba, Igbo, Hausa, French, and English, “I Thank You Lord” is a mid-tempo tune that will definitely inspire you to Thanksgiving. The uplifting track produced by Chika Ahuche of Chykeyzpro Music Production was first sung at the RCCG’s 77hour messiah marathon in February 2019.

Directed by Ben Jossy, “I Thank You Lord” video marks Beauty Obodo’s first effort for 2022. It promises to be a great year for the Nigerian music minister who has hinted at a few more releases before her new album finally drops.

[VIDEO & AUDIO] “Bid Me To Come” – Chigozie Wisdom
[VIDEO] “You Are Holy” – Florence Shorl
%d bloggers like this: