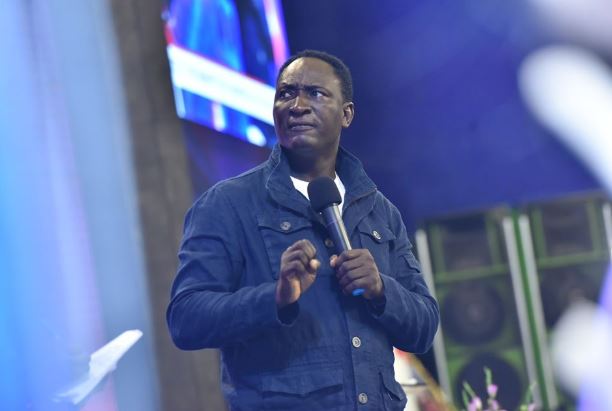 “Jeremiah 17: 9 The heart is deceitful above all things, and desperately wicked: who can know it?

During the LIVE Sunday Service on the 29 of Nov. 2020 while the man of God Snr. Prophet Jeremiah Omoto Fufeyin was ministry in the main auditorium of the church, shortly after the sermon, information got us from the entrance gate security post on how some boys were apprehended in their quest to kidnap children from the church for a ritualist for money ritual.

According to them, they were asked to come specifically to kidnap the innocent children from Mercy City as their sender had negotiated Two Hundred Thousand Naira only (N200,000.00) each, for every member of the group for as many children they can get.

The scriptures says when our ways pleases the Lord, He will make even our enemies have no choice than to be at peace with us.
We will not relent in taking issues of criminalities serious and that is the essence of us partnering with government recognized security agents here in our ministry.

Remember some months ago at about this time last year 2019, there was a similar case of a woman who came here with her children and returned after the man of God assisted them with some money out of his Goodwill; only to go to a radio house known as Berekete TV/Radio to testify against the man of God Senior Prophet Jeremiah Omoto Fufeyin that the church stole her baby for ritual.

After months of investigation, the truth was revealed and God vindicated the name of the ministry and the man of God.

This is a clear indication that the church, Christ Mercyland Deliverance Ministry is a target from men of the underworld; but the Lord God Almighty who had always given us victory over the enemy’s plans, will always give us victory.”

Churches all over should really pay attention to their environment before; during and after service to avoid occurence of any such.