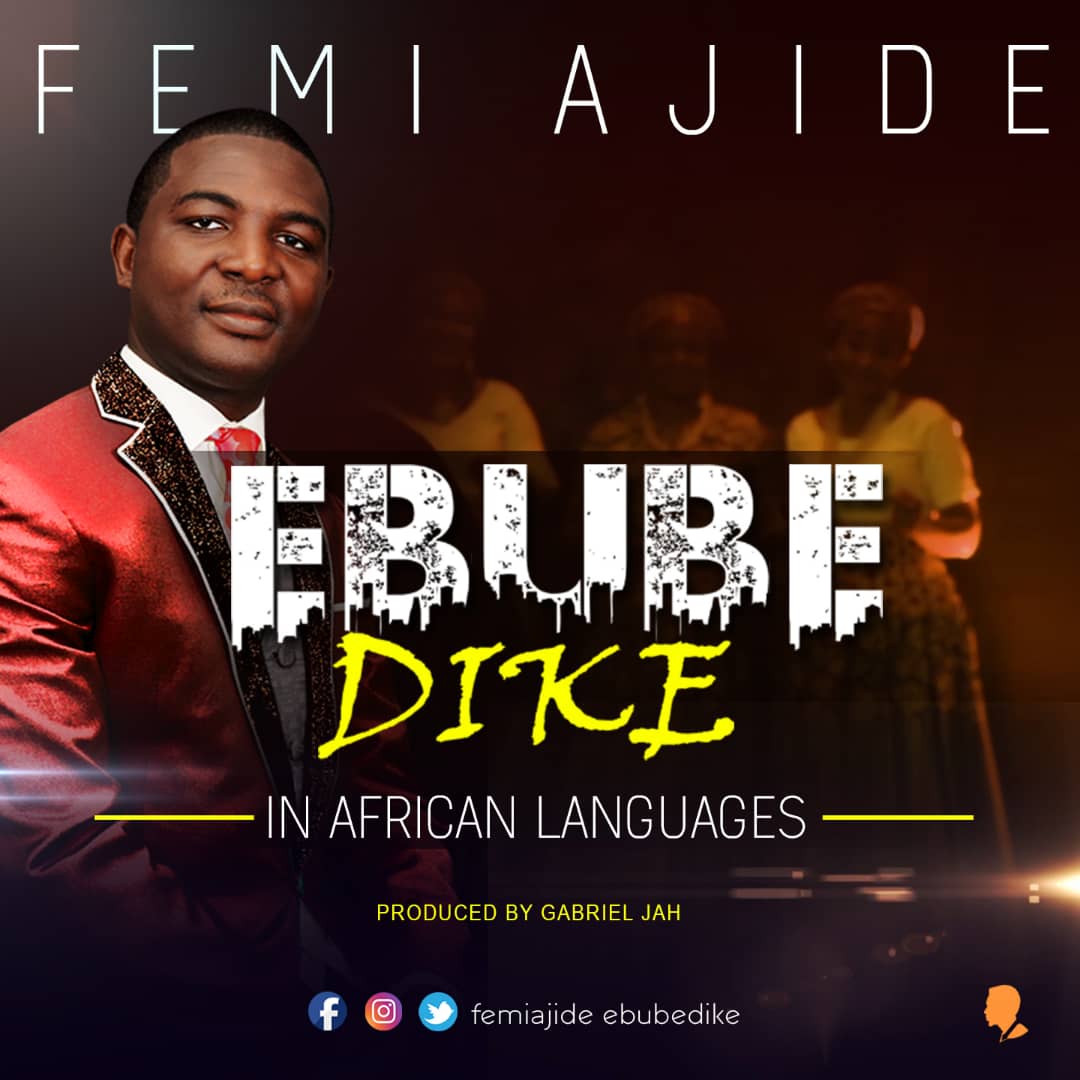 Femi Ajide is back with the release of the video of his popular praise song – “Ebube Dike”.

The new Video has the song in different Nigerian and African languages. After the initial release of “Ebube Dike”, he went on a tour to some African Countries and was inspired to interpret the “Ebube Dike” song in other Languages.

Enjoy the different languages in this remix such as, Igbo, Yoruba, Hausa, Urhobo, Swahili, Shona, Zulu, French, Nyanja and Twi”.

Femi Ajide has been in professional music for about 15 years. He started his music career in the junior choir at the age of six. He is a former music director of living Faith Church, Goshen Abuja (Winners Chapel, National Headquarters)