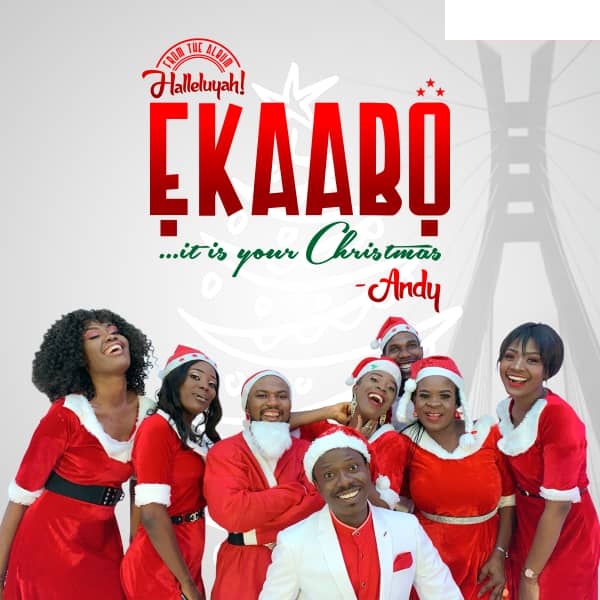 The song ‘Ekaabo’, is a spirit-filled song; welcoming the King of Glory – Who is the reason for the season. Be Refreshed and Renewed!

ABOUT
Andrew Itua, is happily married to Emmanuelle and they are blessed with three children (Lisa, Jason and Dominion). He is a trained Financial Administrator broke his “Box of Alabaster Oil” as he answered the call of God to serve in full time Ministry on 13th, August 2003.

Andrew also known as Andy, is a sweet psalmist and an anointed worship leader, who takes you into God’s presence. He has at various times led and reinvigorated Choirs. His inspiring and soul lifting worship calling has seen him recorded an album title, LEAD ME “Sweet Fragrance of Worship”, produced by his mentor, the renowned International Gospel Minister, Panam Percy Paul. He has produced another Album – HALLELUYAH, about to be released.

He is an amiable servant of God, a Publisher and a Teacher of the word of God. He is wholly sold out to God and to the growth of His kingdom through Soul winning, discipleship and Mentorship for leadership at the City of Life Miracle Centre, Lekki, where he is currently the Resident Pastor.