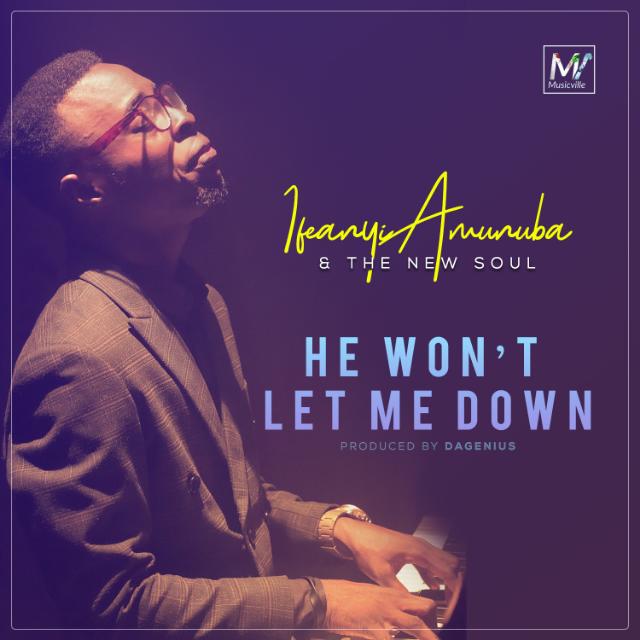 Ifeanyi Amunuba & The New Soul musical group releases a new single titled “He Won’t Let Me Down”; which is a song given by the Spirit of God, borne out of experiences, a song of faith, hope, restoration and of Love.

Prior to this time of official release, this song has already become a household song in many churches where it has been sang.

It was produced in 2018 by DaGenius, for MusicVille Creation World.
Mixed and mastered by SoulMixxHQ.
The video was directed by Schalfy Ifeanyi, for Gbrox Entertainment.

ABOUT
Ifeanyi Amunuba is a devout and passionate young man whose passion is evident and even to the visually impaired. A professional music producer in Nigeria, director, instructor, sound engineer, performing and recording artiste, also a lover of all.

He is the pioneer of the great concert “A Trip To Heaven” that features top Nigerian acts. Having released a couple of great songs in the ‘A Trip To Heaven EP’ in 2017 and other singles. Together with his crew – The New Soul, have risen to being the most anticipated gospel band in Nigeria; having featured and shared stage in major events with major international and local artistes.

Him and his team have been professionally active in the gospel scene for 9 years and not willing to stop till the gospel hits the uttermost part of the earth.