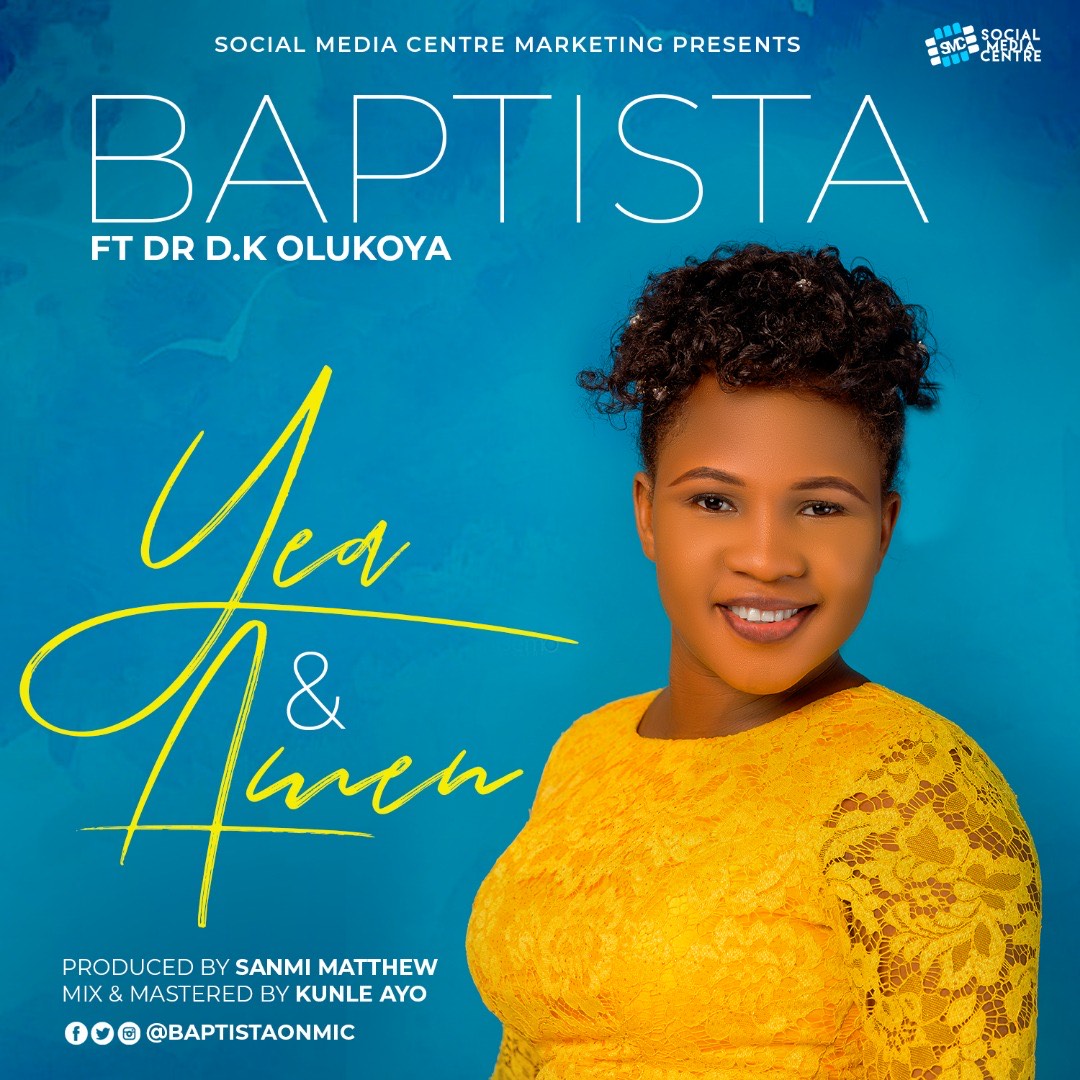 Baptista collaborated with her father in the Lord, the general overseer of Mountain of Fire and Miracle Ministries – Dr Daniel Kolawole Olukoya [Dr D.K Olukoya] in this worship and prophetic song titled “Yea And Amen”.

The song encourages to worship of God who is able to do all things. Believing that everything we have asked or that God has promised will come to pass because he is a God that honours his words more than His name; if He has said he will do it, He will surely do it.

“The song is for those who are believing God for one thing or the other, all the promises of God to help our situation has come to pass already we just need to worship him for he has done it.

It is a song that reminds the people that if God has said he is coming again, so be it. Every word he has said through prophecy, either from the bible or through his prophets, those words are yea and amen, because he honours his words more than his name.” – She says

Titilope Baptist, Sanusi popular as Baptista is the convener of “The Baptista Concert”.