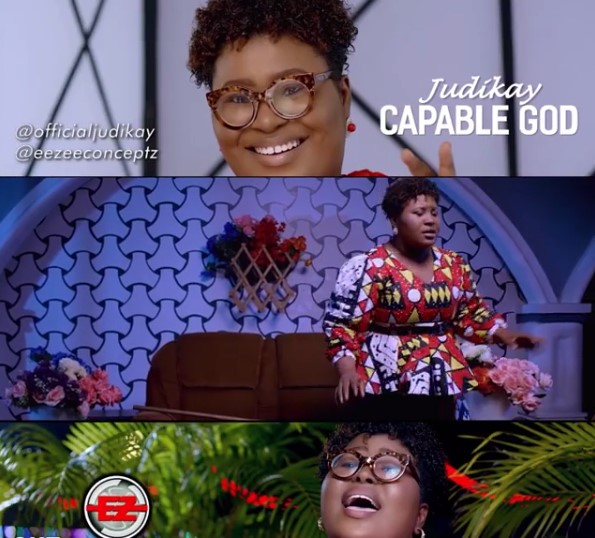 EeZee Conceptz Global has released the new video for music minister – Judikay’s “Capable God”, off the “Man of Galilee” album. The video commemorates the music minister’s birthday – today the 26th of October.

The album dropped 7th of November, 2020 and the track “Capable God” which is at the number 3 on the album is one of the most viral tracks off the album.

The song gives expression to God incredible potency, with whom there is no impossibility. Judikay uses the video to illustrate these possibilities with the simple plot story embedded in the music video.

Last week, while announcing the forthcoming release, Judikay explained the necessity for dropping the song in this period despite all that the nation has been through in the aftermath of the #EndSARS protest.

She posited that the release of the video is even more important following the events, to stir up hope and trust in God.

“Being sure this song [is] for every home. It is God’s word to every Nation. To the whole world. God’s promise to Nigeria. HE did not fail over Nigeria. Watch HIM do HIS thing. We always win!

“Capable God” is such a weapon for every season, especially this season for our MotherLand and her citizens. Nigeria already prevailed as she is of the Lord. Nigeria is a land flowing with milk and honey. Our capable God is working.”

Avalon Okpe directed the video.
See the video below;

Get the “Man of Galilee” album below;