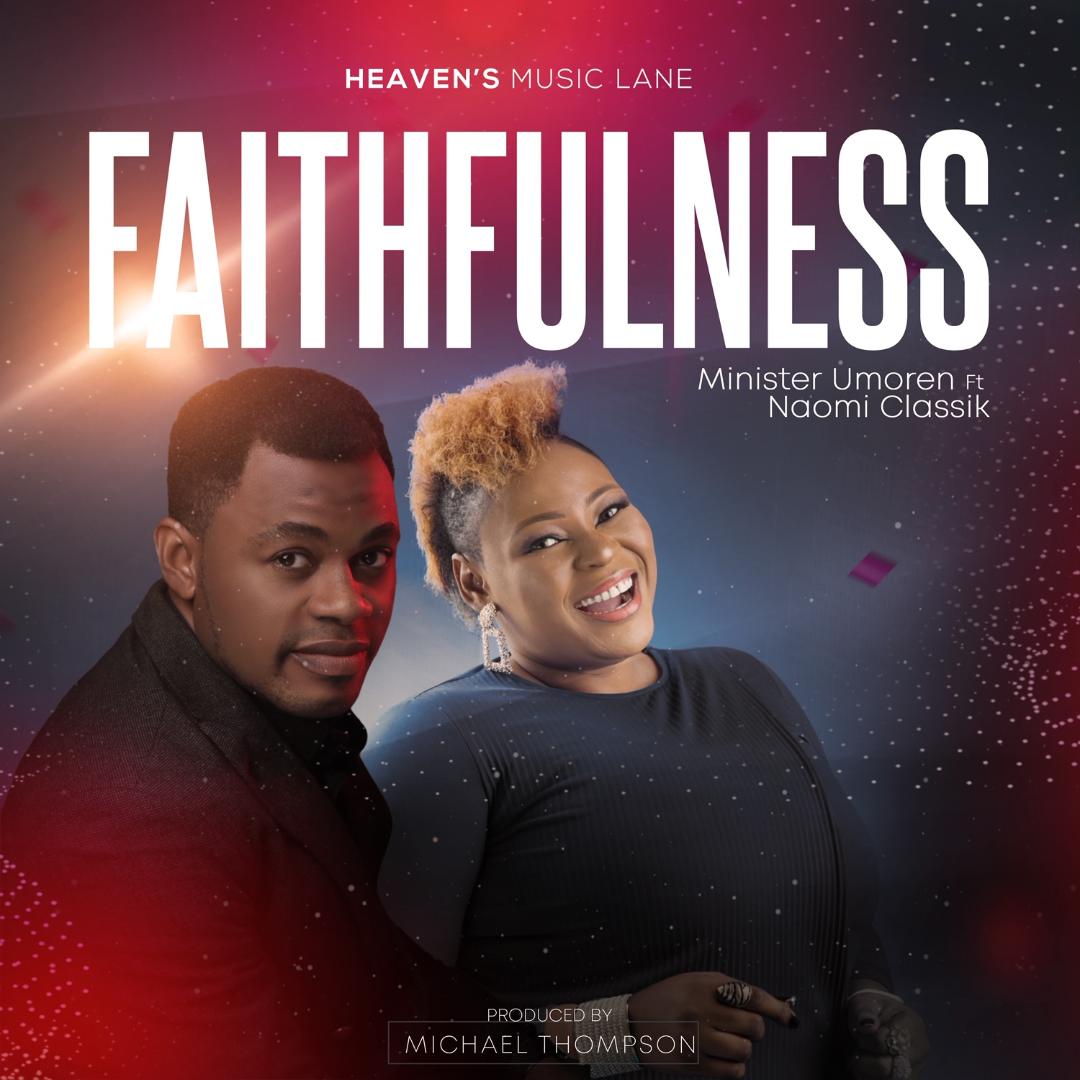 From the stable of Heaven’s Music Lane, Minister Umoren a seasoned music minister and evangelist, based in the city of Calabar is out with a new single titled “Faithfulness”; featuring the amazing Naomi Classik.

“I pray for you; from now onward, it shall not be by so much sweat/labour anymore, but access your testimonies/everything by favour; in your going out and coming in; you’re favoured, favour surrounds you as a Shield. Let your enemies serve you, because you are favored in the mighty name of Jesus.” – Minster Umoren

Minister Umoren has released several other singles/album like; “Jesus Christ” featuring Mrs. Osinachi, “Jesus Reigns”, “He Supplies”, “You Are Beautiful”, “For Who You Are”, and many others.