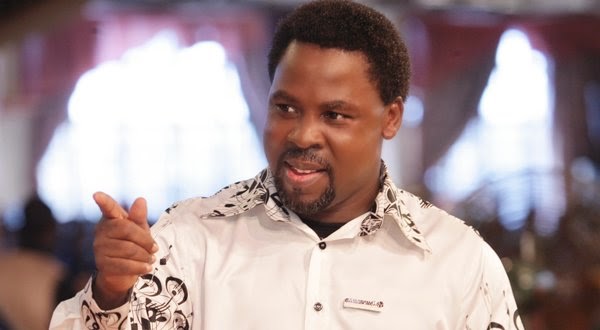 “It’s Scriptural to ask for offering and tithes but it has to come from the heart,” the cleric told his congregation in an impromptu message. “Anything that does not come from your heart becomes a curse to the person you give… We ministers of God should allow the congregation to bless us, not curse us with their possessions.”

He cited the case of people who attain wealth through bribery and corruption, insisting that the repercussions are severe. “If you collect a bribe, you can’t get anywhere with it. You may be rich now but at the end of your life, you will cry,” he admonished in a message televised live on Christian television station Emmanuel TV.

“Let me suffer now and laugh tomorrow. Let me be poor now and blessed tomorrow. That should be the life we live,” he added.

The known philanthropist counseled people to consider history to learn lessons from those in the past who lived big through corrupt means. “If somebody becomes so rich, if what he is having that made him be rich is not from people’s hearts – it’s by corruption or bribery – you will cry for the person someday.”

“If people that are collecting bribes know all of this, they will stop collecting bribes,” he continued. “The repercussions are not midway. They come at the end when we have no strength again to do the right thing. The money, mansions and possessions will collapse… The beginner is not the owner but the finisher. Whatever you do – remember where you are going.”

He further decried politicians trying to coerce love from people, especially during the period of elections. “You can’t force someone to love you. In elections, you see political parties campaigning, saying they will build mansions, bring constant electricity and water… Love should be given voluntarily – without being forced.”

Joshua also spoke scathingly of pastors who always emphasized money in their sermons, to the point that they would even fight members who stopped paying tithes or attending services. “I did not know when you came here, so when you are going, it is unnecessary for me to know. You want to fight a member because he left your church. Whose church? God’s church. Christianity is a thing of the heart,” he said.

He then challenged the congregants to examine their lives. “Count how many curses you have received to build your mansions, have your possessions and enjoy your fame and popularity,” he told them.

The cleric revealed this is the reason behind his extensive philanthropic endeavours and non-emphasis on money during his sermons. “Why would I not give freely when I know if you give something from your heart, you will receive a double portion of it? That is the secret of giving.”

He advised the faithful to help the less privileged in their own area in order to enjoy the blessings of God. “Sell those properties and possessions you don’t use, open a charity account, put that money there, sit down and begin to bless the needy. See what God will do for you. The finger of God will stand to fight for you,” he advised.

He also encouraged Christians to remember they are undeserving of God’s blessings, an understanding that should reflect in their attitudes. “God is giving you another chance. Don’t abuse it,” he warned. “If you know that you are given another chance, you must treasure it. We treasure things when we know we are undeserving but today, we live as if we deserve things.”

He admonished people to remember that God would ultimately ‘mark their work’ “If you know you are undeserving of the life you are living now, whatever you attempt to do after you finish doing it, you should wait and let God mark it. He may say it’s wrong; He may say it’s right. If God says it’s wrong, we shouldn’t lament because you live a life of grace.”

I have placed my rainbow in the clouds. It is the sign of my covenant with you and with all the earth.
Genesis 9:13