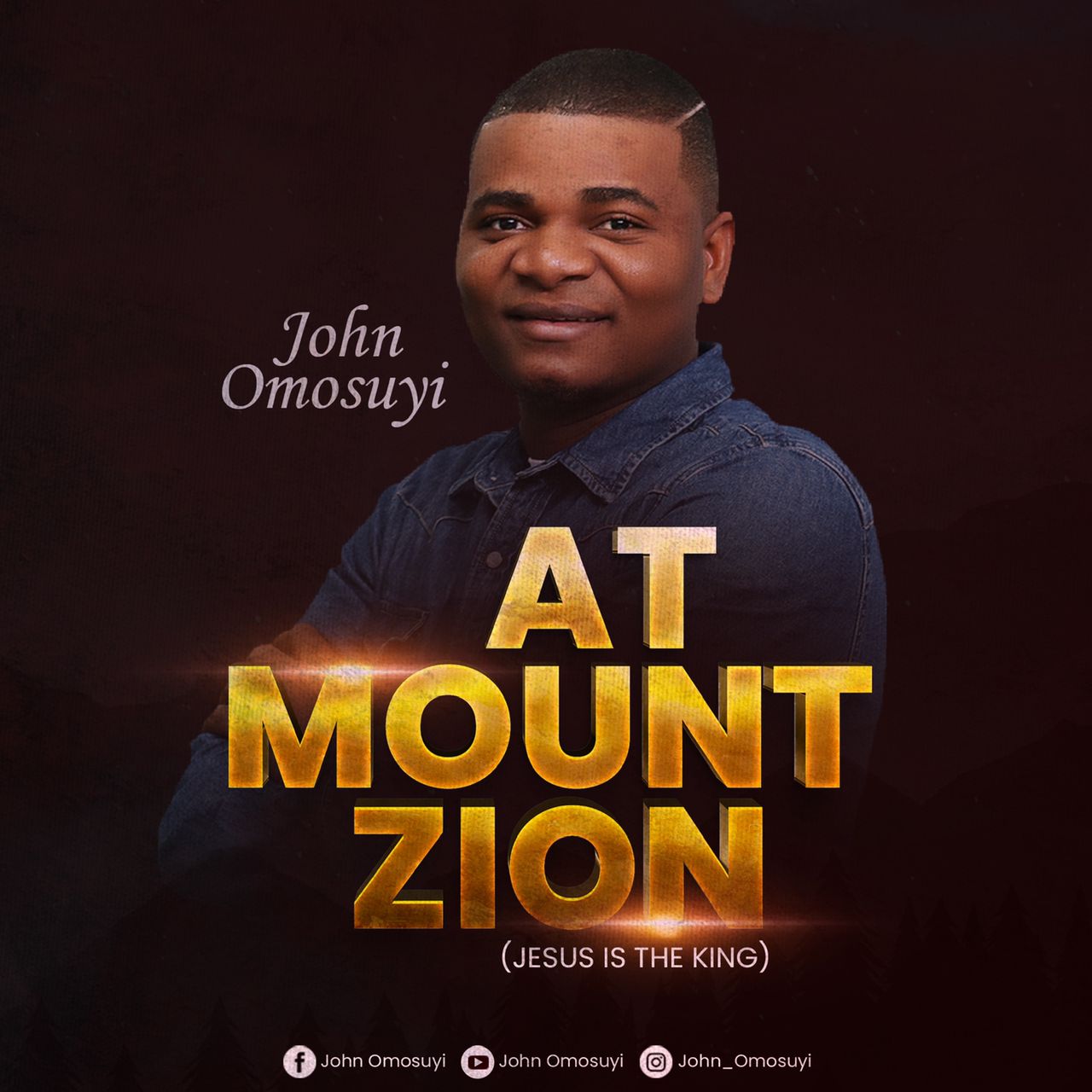 Music minister and songwriter based in the US, John Omosuyi is out with a new music video titled “At Mount Zion”.

Commenting on the song, John says, “this is a song birth out of the Scriptures. One of the realities of a believer in Christ is that we belong to a Kingdom that can not be shaken. Upon this Kingdom, there shall be Deliverance, Salvation, Power, and healing! You have come to Mount Zion, to the city of the living God, the heavenly Jerusalem”.

“You have come to thousands upon thousands of angels in joyful assembly” – quoting Hebrew12:22, John Omosuyi concludes.

This new song is accompanied by a music video, directed by Oluyinka Davids for iFocus Pictures.

And the LORD will be king over all the earth. On that day there will be one LORD—his name alone will be worshiped.
Zechariah 14:9