Why I am called ‘Coconut Pastor’ – Prophet Abiara 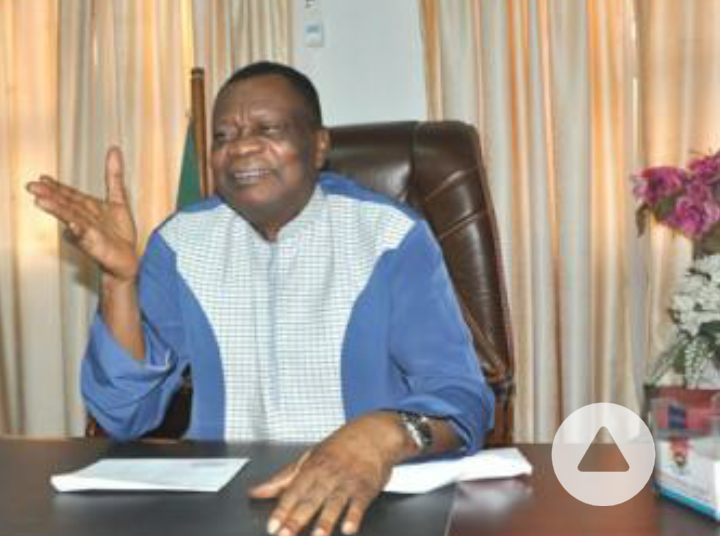 The General Evangelist of the Christ Apostolic Church (CAC), Prophet Samuel Kayode Abiara, in this exclusive interview with SEYI SOKOYA, bares his mind on national issues, current state of CAC, among other issues. Excerpts:

Your name was mentioned among the  men of God who are diabolical  powers according to a man who released a video CD recently. How did you feel about this and what steps have you taken?

We thank God for His mercies. The scriptures established that there will be a terrible time where we will face slanders and various forms of condemnation. Indeed, these are signs of the end time.

We heard it and the security agencies had arrested those involved, especially the person behind it, who claimed he was looking for money. I think the public is aware about the matter and the case has been taken to the court. Though, he has begged for forgiveness, I think all ministers of God he lied against should forgive him. Personally, I feel he decided to select the names that are marketable to make money. I was not moved about the video CD, because Jesus was also called many names. This development has no meaning to me; this is my 53rd year in the ministry and we thank God that there had not been anything of such. I thank God for my life and the grace He bestowed upon me since He called me into the vineyard. I have forgiven him.

Is the church doing anything to protect its pastors from this kind of embarrassment?
The church has reacted and will always take necessary steps when such matter arises. We reported the case to the Commissioner of Police when we heard about it and that was why everyone involved in the matter was apprehended.

Mixed reactions have trailed President Buhari’s claim that he will no longer pay N5,000 to unemployed youths, instead he will use the money for infrastructural development. What is your take on this?

I think the president was misquoted. Don’t forget that I am not partisan or a card carrying member of any political party. He insisted that he wanted to help the masses. He is a man of integrity and can never deny it. I guess he was misunderstood. Even if he said that, he can still review it or initiate other things that can be of benefit to the masses. As far as I am concerned, N5, 000 cannot solve the problems of the unemployed.

What is your assessment of the President Buhari-led government so far?
I want everyone to have a clear understanding that leaders are not angels or magicians. I think they are really trying, especially in the area of security. They promised to save lives and property as well as put an end to terrorism in the country. I am impressed that they have really achieved this. The country is now peaceful than what it used to be. We must commend our security agencies and thank God for strengthen them to restore peace and stability in the country. I also want to urge the Federal Government to compensate them accordingly. The government is also trying its best in the area of corruption, especially in its effort to recover stolen money. They have done very well, but I want to advise them to use the money recovered to empower the youth. More so, I urge them not to punish whoever they recover stolen money from.

As one of the leaders of the Christ Apostolic Church, what is your take on the leadership tussle and how have you been able to solve the crisis?
You will agree with me that there is no one living without challenges. No man, marriage, church and government can stand without one challenge or the other. God has finally taken control of the church and its leadership. The Peace Move Committee recently formed has commenced work and very soon, the whole world will know that all is settled, because God has already won the battle and all the challenges of the church will be a thing of the past.

How will you react to the insinuation that the church is lagging behind compared to other churches we have around?
That is not true; Christ Apostolic Church is a powerful church and the mother of all pentecostal churches. We thank God for the grace and how far He has brought us despite challenges. No church is free from challenges, but they have a way of solving it. We are not behind; we have upgraded our standard because it is not a mushroom church. CAC has grown in leaps and bounds and its branches all over the world are doing great. We have quality leaders who are well informed, intelligent and educated. Our pastors at different branches are also fantastic.

You have been in the ministry for many years. What has been the secret?
This is my 53rd year in the ministry and I thank God for the grace, mercy and the gift of life. Many people said maybe it was because I spent many years on the mountain. I was also nicknamed Woli Alagbon because of the fact that I always take coconut whenever I wanted to break my fast. But I feel it is the grace God upon my life. I am not getting tired because God and the Holy Spirit are not tired of me. I derive joy in praying and reading the Bible always. If you remain in God and do His will you will, continue to shine. This is the secret behind my vibrancy in God’s vineyard.

How did you receive the calling?
I was a clerk around 1963 under the one Baba Agoro. I had an encounter with God the moment I made up my mind to register my company in order to become an independent trader. On that fateful day, I heard a voice, “I am the Alfa and Omega, Kayode Abiara I will make you somebody if you follow me”. I was confused, but to cut the story short, I eventually obeyed the call and God has made the journey fruitful and wonderful since then. I thank God for everything about my life; He transformed my life and used me to perform His wonders and miracles. The number of years I have spent in the ministry doesn’t matter to me, but the lives and souls He has lifted through me gladdens my heart. I am not afraid to retire; the retirement age in CAC worldwide is 75. So, it is not the time for me to retire because I am still young. The world will know the appropriate time for me to retire.

Is any of your children following your path?
God gave me three set of twins and they are all ministers of God. My first son, who is a pastor, was here recently to preach at a programme in the church. I have another son, Israel Abiara, he is a pastor and a musician based in Lagos. Taiwo Abiara is also a pastor. I am happy that I was able to lead them in the way of God and the fact they chose to follow my path. I am also delighted that I am blessed with a good wife, who I describe as my mother. Our marriage will clock 50 this year and she has really been supportive in the home and the ministry.

What advice do you have for pastors generally, especially those under the umbrella of CAC?
I want to urge all clerics to continue to do the will of God and make the act of winning souls for Christ their priority. On the part of pastors in CAC, I want to advise them to always obey the authorities of the church. The Bible also spoke on the importance of obeying the rules and regulations of the authorities. For instance, in my early days in the ministry, despite the fact that God has been manifesting Himself through signs and wonders, the authorities asked me to go to the seminary, but people around me frowned upon it. Personally, I felt it was right for me to go to the seminary and I went for the two-year course where I gained a lot of things. If truly they are called by God, they must obey the authorities of the church to pass through the seminary where they will gather more knowledge about the word of God, because vision and prophesies are not enough for people to stand. Aside this, I also want to commend our pastors because they are very dynamic, obedient, civilised and educated unlike before. The church has really moved forward. CAC pastors are no longer dunces. We now have fantastic pastors and you will never find any pastor and prophet prophesying dooms. We have taught ourselves not to embarrass the nation, people and the church at large. This is one of the things that make us unique among others.

What is your advice for Christians and people generally?
If you take a look at the news we hear or read around the world, both local and international every day you will discover that we are always fed with bad news and this really baffles me. I want to urge everyone to repent from their sins and make a U-turn. We are in a worse era than that of Sodom and Gomorrah. Crime and ungodly acts are now on the increase. We now witness a lot of abominations among human beings. Kidnapping, rape, robbery, homosexuality, lesbianism, bestiality, money rituals among other obscenities are now rampant; nobody is safe. We need to collectively seek the face of God. Nigeria is really sick; we need to pray for the revival of our economy. I also want to ask the wealthy to have a sense of belonging and help people around them. Whether we like it or not, we will die someday. So, it is important that we affect lives positively while alive.