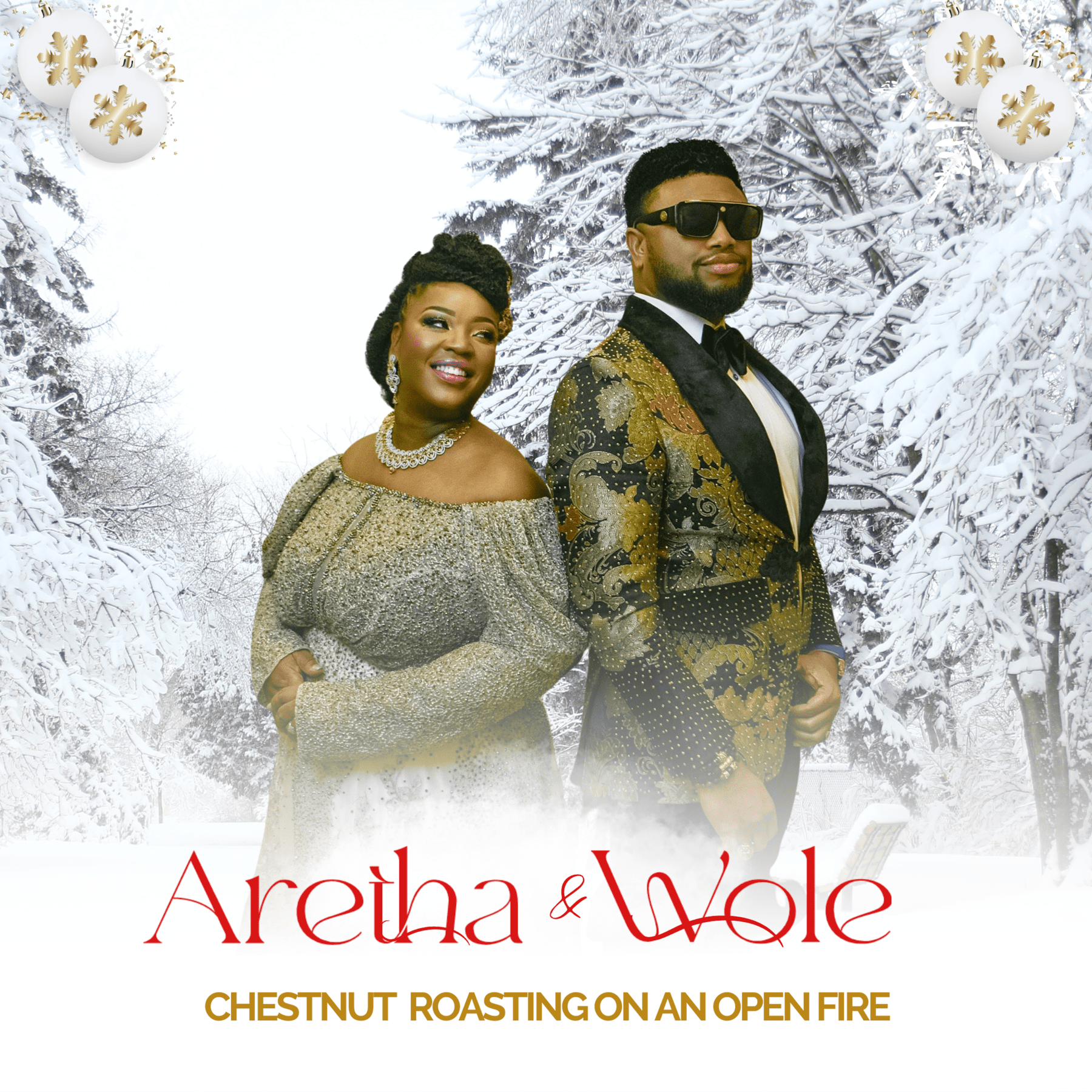 Aretha and Wole Oni share their new song titled “Chestnut Roasting on An Open Fire”. It won’t be overrated to say this is an all-star collaboration. What a time to be alive as the world wakes up to an amazing and exquisite version of this ageless piece. Produced by Amb. Wole Oni for WOMP.

“Chestnuts Roasting on an Open Fire” or, as it was originally subtitled “Merry Christmas to You” is a classic Christmas song written in 1945 by Robert Wells and Mel Tormé, but Nat King Cole first recorded the song in June 1946. He recorded the song again in August 1946, in 1953, and in 1961, with a notable and laudable history attached to it. Other artists have also done their respective covers of the song. However, none of the previously done versions overshadows the uniqueness of this version.

The R&B and Jazz pieces came so timely, to set the pace and tone for a relaxing and soothing yuletide season. Without any iota of doubt, this Christmas special will most definitely become a holiday classic, a household Christmas piece this period and beyond.

The juicy part is that the song is already available on all digital market platforms for everyone to purchase it and have a daily one-on-one experience with this masterpiece.

Now, let us circulate this gorgeous sweetness by downloading it, listening to it. Then rebroadcasting your experience so others can download it too.

And the LORD will be king over all the earth. On that day there will be one LORD—his name alone will be worshiped.
Zechariah 14:9