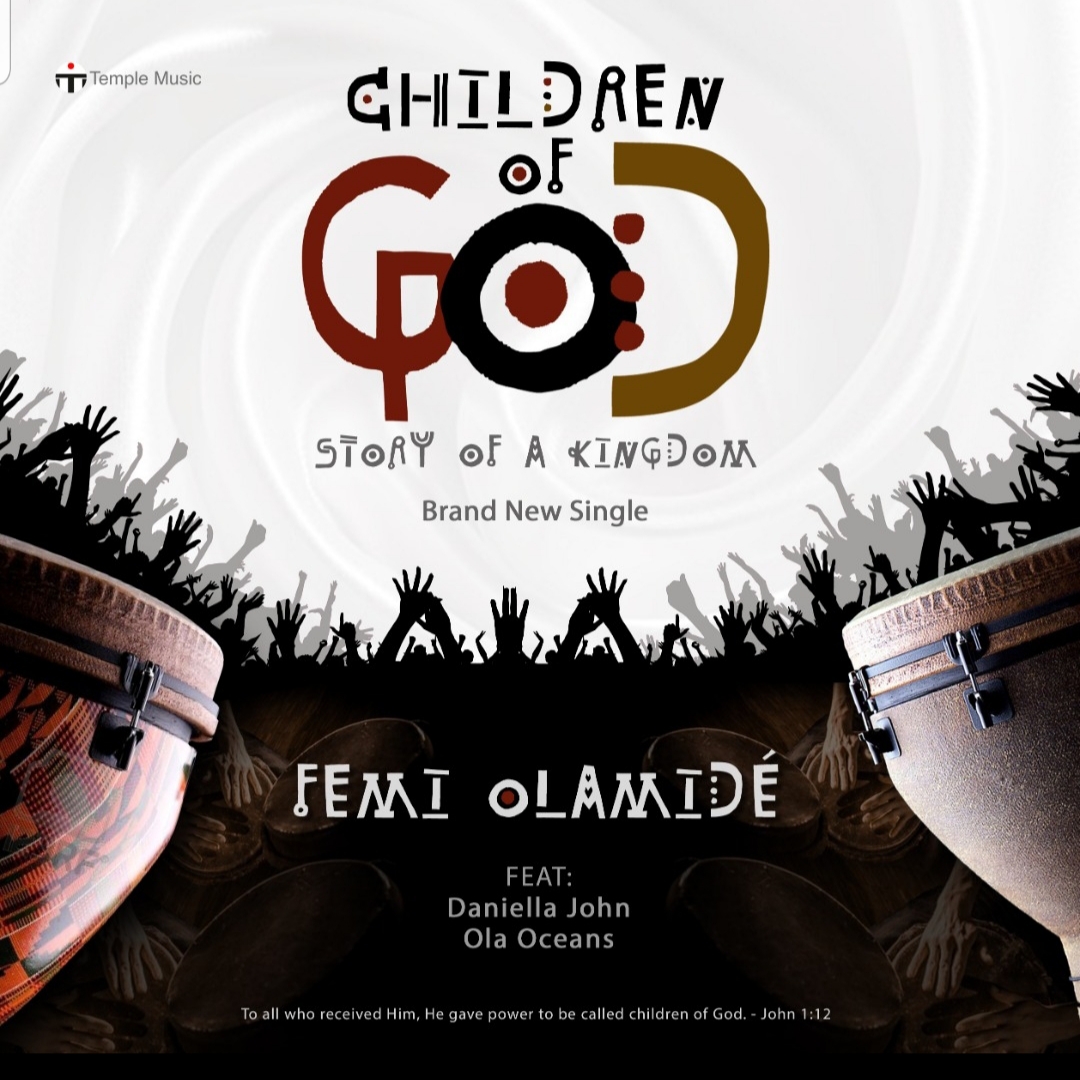 UK-based music producer, Femi Olamide has released the remake of the old classic chorus song we know so well titled “Children of God” (Story of the kingdom) expressed in a medley.

In a very innovative way, Femi infused the Christian salvation story into the Nigerian gospel song “Children of God will you shout hallelujah’’. This track was recorded and produced at Temple Music studio, while the Project was Mixed and Mastered at Mo-Av Studios, White City London. The track is available on major music platforms like Spotify Amazon iTunes, Apple, Tidal, and Deezer.

“This single “Children of God” forms part of a project of old African choruses that I am putting together. The idea is to bring some of these songs back to life, infused with new ideas and fresh inspiration; bringing in different elements and genres into one.

There is a lot to listen to in this track. You have a narrator giving it a dramatic edge in a lively Instrumental and rhythmic setting, and a different kind of sound and approach. Overall, the song is a resounding celebration of God’s Kingdom in our lives which gives us peace hope, and assurance.” – Femi

Femi Olamidé is a UK-based Christian producer composer, songwriter, and founder of his label Temple music UK. His style of music brings together elements of Jazz Afrobeat and African rhythms.