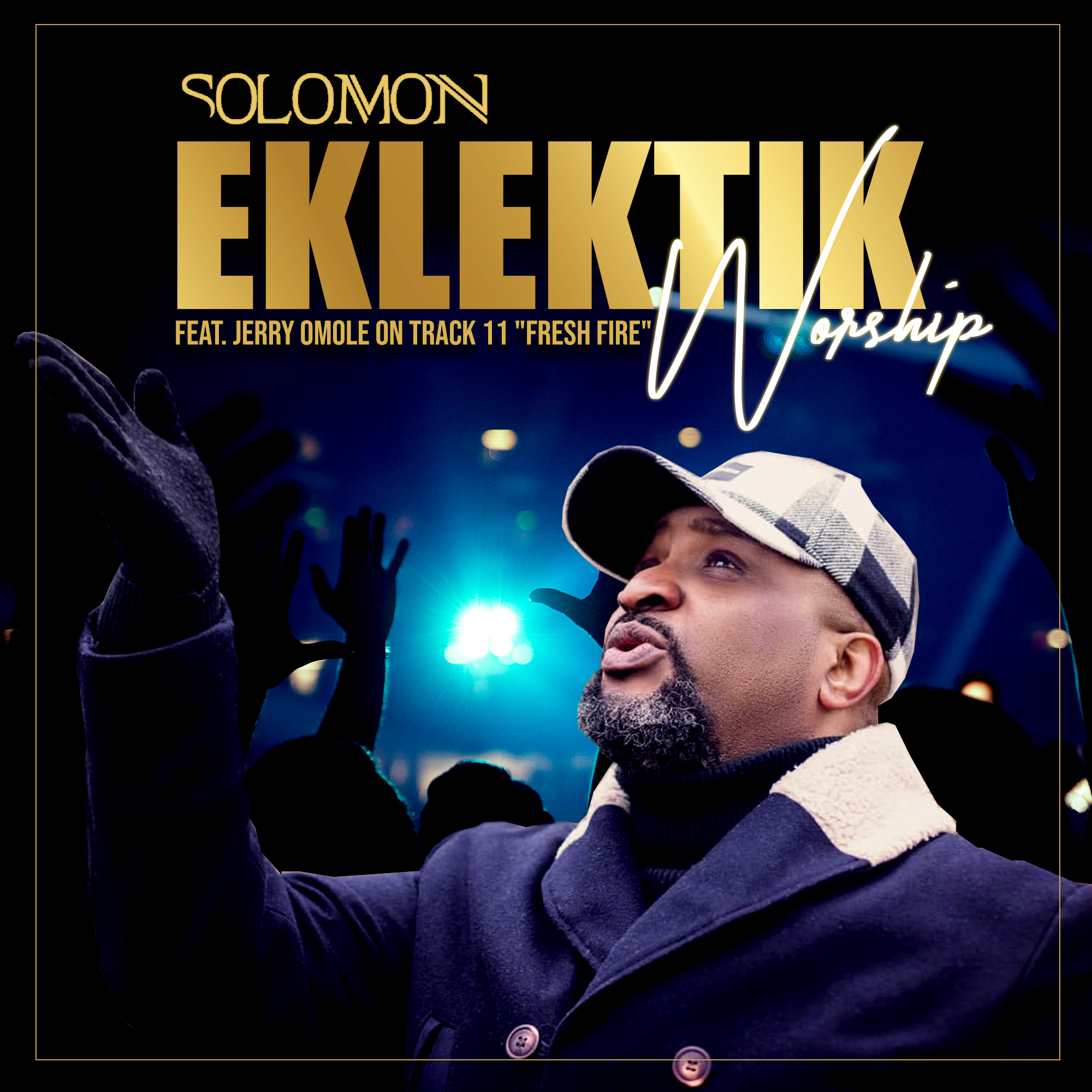 Just a few months after the release of his last single – “Nara Ekene”, Solomon is back with the full album titled “Eklektik Worship”. The styles evinced and expressed in this album were evidently influenced by a variety of genres.

However, weaving through all these styles is the consistent recognizable sounds of Solomon’s heartfelt worship. Included in this album are his previous singles “Remember”, “Most High”, “You Are God”, and “Nara Ekene”.

ABOUT
A Professional process Engineer by day, Solomon is also the bestselling Author of “Easy Songwriting for The Beginner”. Added to that, he is a, singer, song writer, recording artiste and worship leader in his local church – the Fountain of Love Aberdeen for the last 13 years.

He was co-founder of two different a-capella groups; SOP (Sounds of Praise) and Q-Praise (Quality Praise) that wrote all their songs and mentored younger groups and other singers to do the same. A couple of his songs include the globally acclaimed and world class singles “Remember” and “Most High”.

He is also the host of “The Song Writing Hub” on Facebook and Youtube, where he coaches and encourages singers, choirs and other interested parties to write their first song.

He has been featured on various platforms like Radio31, Heartsong Live and Rejoice America Radio.

Solomon believes that his music & ministry has one purpose i.e. to speak restoration and healing always to situations, relationships, minds, emotions, bodies and ministries. He believes that an open and honest relationship with the Father; no pretence or excuses about mistakes, gaffes or sins, engenders an atmosphere that allows the Spirit of God to not only “birth” new songs, that carry His unction in deed, but also address the various issues in the body of Christ.

He lives in the UK with his family.

[VIDEO] “Jehovah You Are Lord” – Mabi

[VIDEO & AUDIO] “You Are Worthy” – Marvellous