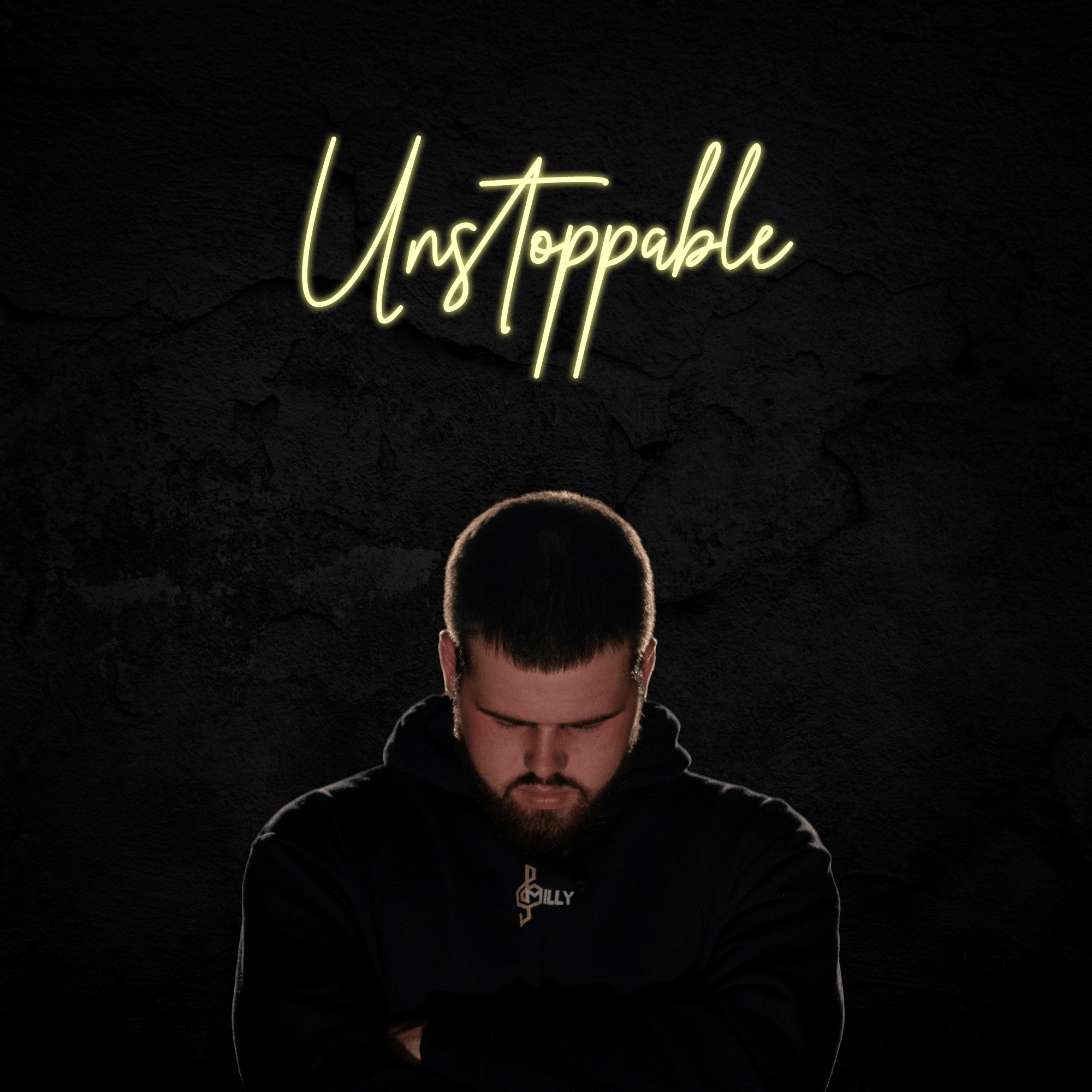 Ayomilly not only makes uplifting Christian music, but he also ensures that his blend of lyrical Hip-Hop and Melodic music tells a story and in fact, it is the story of his life-his testimony.

It is an album of change that describes who he was and who he is now and discusses the struggle he had during his journey back to Christ.

Unstoppable has 3 feature verses with Florida-based Artist; “TJ Carroll” featuring on “Can’t go back” and “Overseas”. The UK-based artist “Likemikes” also featured on “Rebel”; and Charlotte Craig, Ayomilly’s sister also featured on the hook in the outro – “Everything is yours”. The whole album was produced by Toronto-based “DeucesRK” who is currently signed to “Internet Money” except for “Ride (intro)” which was co-produced by “spaceman”.

It was important for Ayomilly to not only release singles, but the whole album as he believes the album speaks as a whole and all the songs go together.

Many people may think based on the title of the album that Ayomilly describes himself as ‘unstoppable’ however, he is acknowledging how God is unstoppable, and anything is possible with him. He goes on to say:

“I never expected my life to change; thought I was who I was and that’s how my life was going to stay. I was tired, broken, and felt too far gone. God changed me, and I know that’s a fact because there’s no way I would be where I am today”

He goes on to explain that he uses the album to talk to people about how he felt; why he felt that way, and even deeper what he needed to change to make a difference.

The album takes us on a journey, and the outro reflects Ayomilly giving full praise to God and submitting to him. He admires all the beautiful things God has created and acknowledges everything is his. Milly says

“The earth, the universe, me and everyone listening. whether they like it or not, everything is His.”

The main song on the album “Unstoppable” has more of a story to it; with the video being a more visual experience. The video was filmed in Toronto at Milly’s home church – “Don Valley Bible Chapel”.

The current two videos released from the album, “Never Know” and “Unstoppable” were both filmed, edited, and directed by Ontario-based, Andrew Paul (Ampnovamedia).

Music as therapy has embodied Ayomilly and he has used it to understand his thought process; at times when he couldn’t bear to engage with his reality.

“A lot of the events that happened in my life; I could never talk to anybody, not even a therapist. Making music was a way for me to not only tell people my story; to organise my thoughts and to understand myself and what I was feeling. It’s more than just therapeutic for myself; I want it to be therapeutic for others as well.” – Ayomilly

He wants to reach people who are stuck and broken and tired of living the way they are living. He wants them to feel everything that is being said and for the audience to resonate with the music.

“If they can relate directly to how I felt and what I was going through, maybe they’ll listen to what I have to say; what is needed to happen to make a change.”