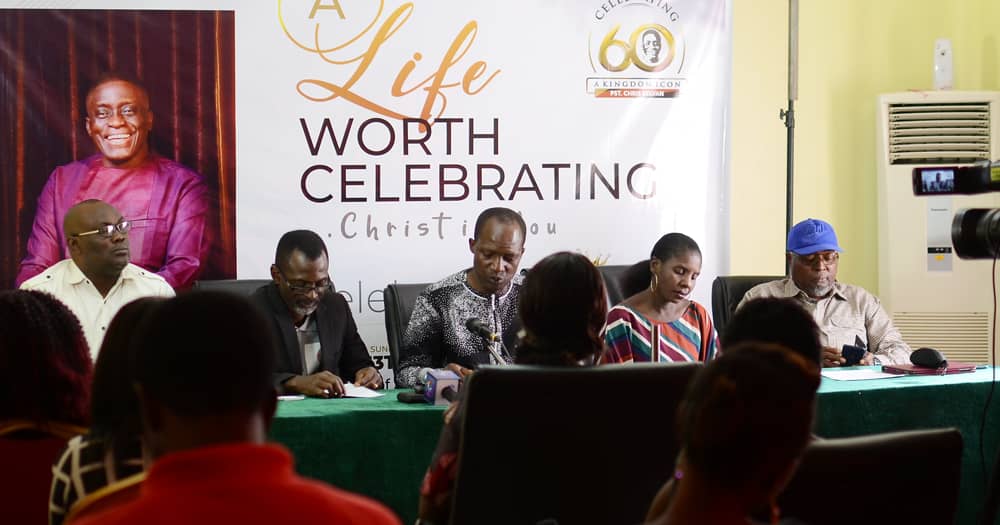 Music icon and profound teacher of the Word, Pastor Chris Delvan Gwamna celebrated his sixtieth birthday during the weekend (12th December); in The King of kings Church of the Capstone (formerly known as The New Life Assembly), based in Kaduna.

Pastor Chris Delvan oversees the ministry’s arm of The King of kings Church of the Capstone namely; Arewa Christian Initiative; House of Jeduthun; Metahost Partnerships and Pisgah Media and Legacy Radio & Television. In 2003 he successfully translated the Revised Standard Version of the Bible into Hausa Language.

The pastor is also well known as a Psalmist, with several popular worship songs such as “You’re Glorious in Your Praise”, “Changing Everything in Obedience to Christ” and many others. To his credit are albums like “Sontalk”, “Ends of the Earth”, amongst many others, which has blessed so many lives. He has ministered extensively in different parts of the world.

In 2014, he led a team of people to pray and intercede to God for a New Nation; “One Nation One Nigeria” in Kakuri Industrial Estate, Kaduna.

It was a beautiful celebration program and we love and wish him a greater depth in God and many more years ahead.

See photos of the event below;