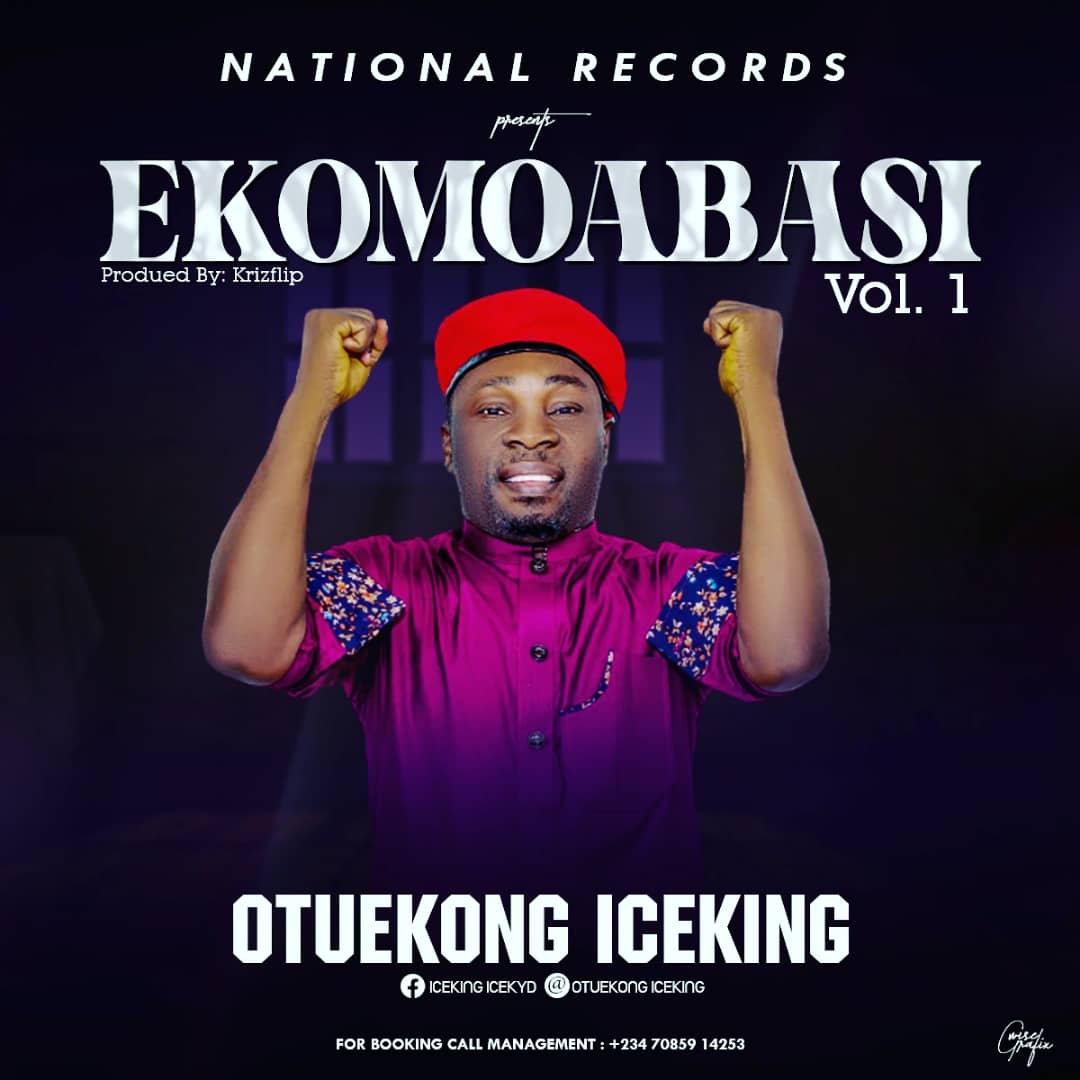 The new piece of work by the self-styled Otuekong Iwo Akwa Ibom is a compilation of several well-known Ibibio and Efik Christian songs and choruses; brilliantly delivered in the form popularly known as “Gyration”, which is always well received by old and young audiences because of its pulsating rhythm and sing-along style.

The medley produced by legendary producer, KrizFlip and released under the Natural Recordz Label has received positive reviews from audiences and industry big wigs who have been opportune to hear snippets of the work.

“EKOMOABASI is my way of showing gratitude to God for his mercies so far in my life and musical career, and a way to get people to sing, dance and appreciate every good thing in their life,” said Ice King.

The energetic and multitalented performer who lights up every stage he steps on and has been significantly around in the music industry for a long time and shows no sign of slowing down.

Ice King’s wide and varied musical experience is well showcased in this new work that hits the airwaves today and promises to be an instant hit.