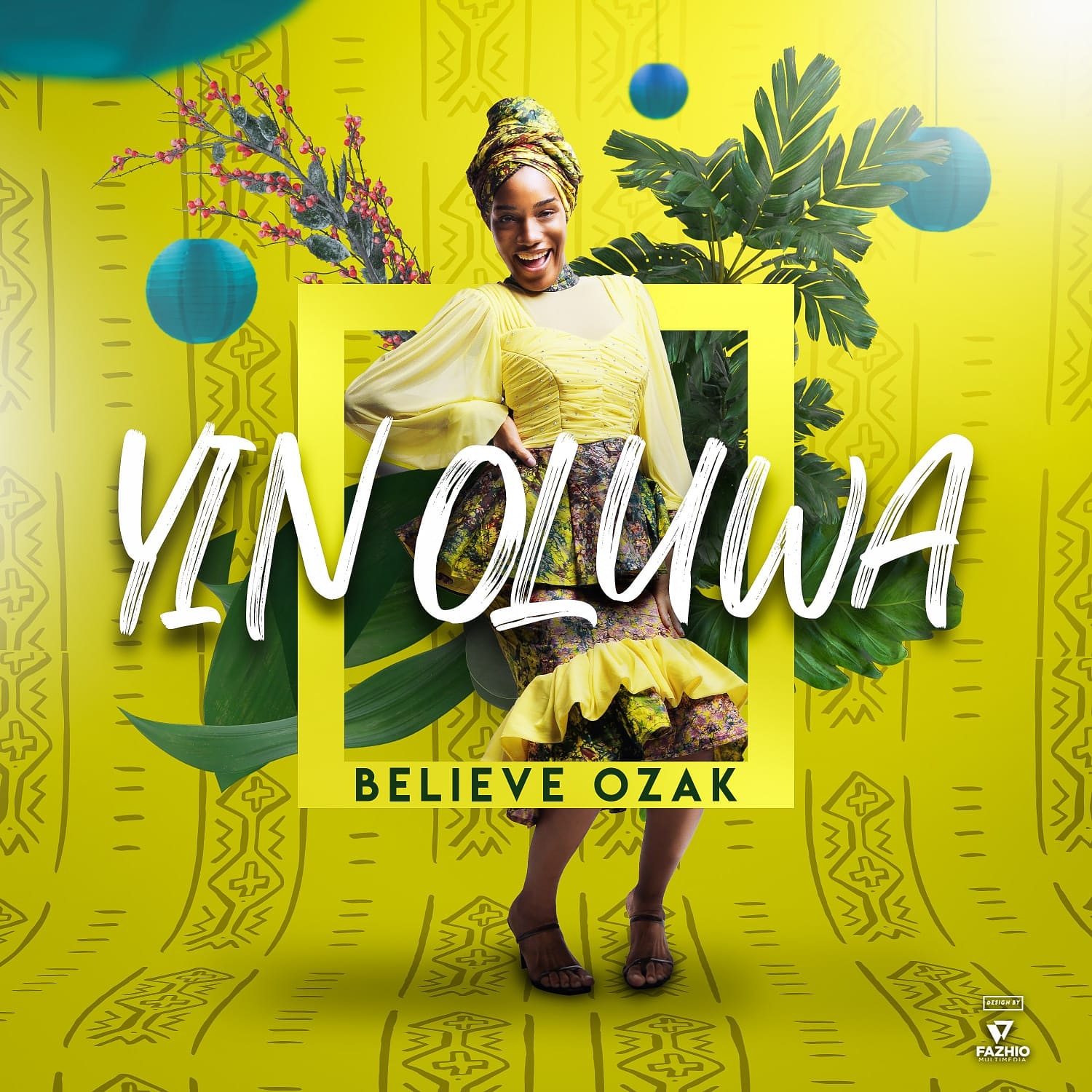 Music Minister, Believe Ozak releases her latest new single “Yin Oluwa” translated as “Praise The Lord”, produced by STO Music. This is coming after a year of her sensational song ‘Hallelujah’ and a 7-track debut album, ‘El Faithful’.

This new song is an infusion of African traditional and contemporary vibes; set to provoke all nations to dance and praise the Lord,

Fans and followers await the anticipated and the premiered of her official music video for “Yin Oluwa”, shot by the award winning cinematographer, Oluyinka Davids of ifocus pictures and features cameo appearance from singer, Funke Akinokun which will premiere on Believe Ozak YouTube Channel.

In the Words of Believe Ozak, ‘I know that Jesus is the King to dance for and at the Heart of this song is a praise that will stir a dance that will produce detailed testimonies. Don’t doubt it, just listen, Believe and it will happen.

“Yin Oluwa” is now available on all digital music stores and streaming platforms.