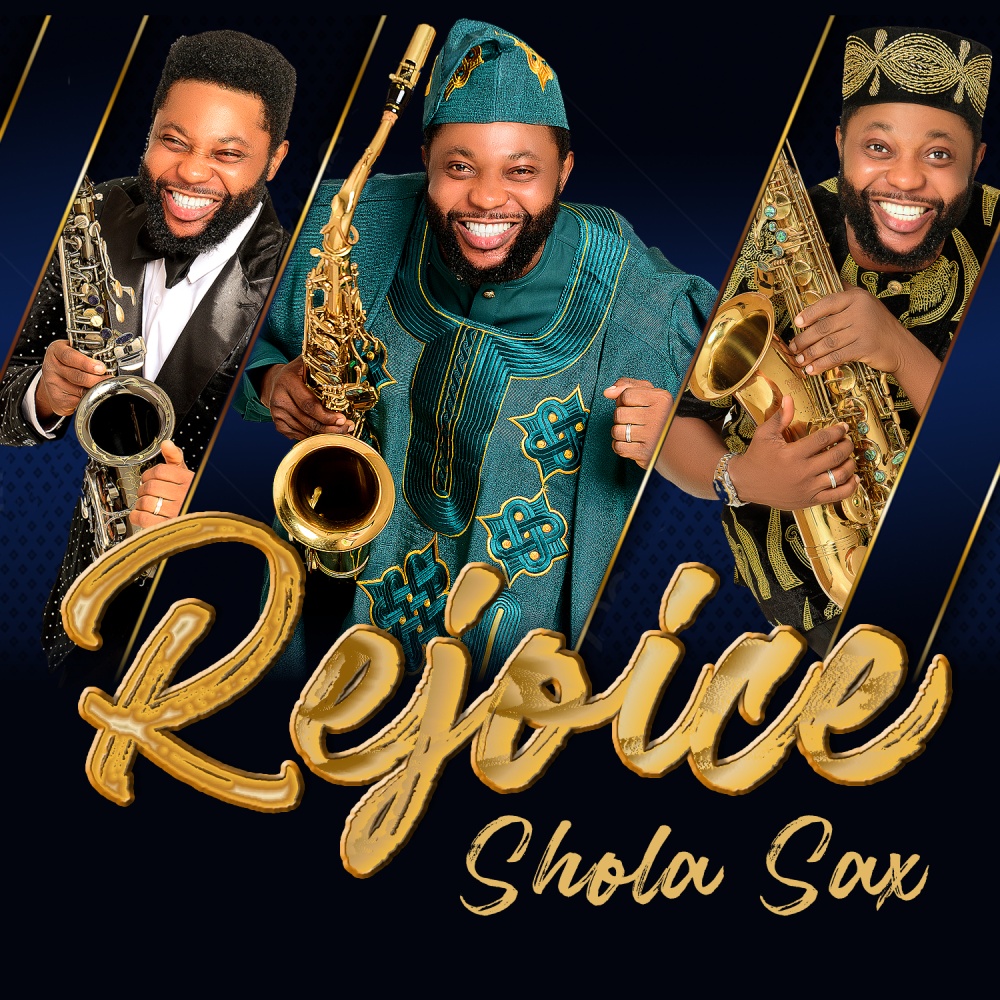 Shola Sax, widely known for his unmatchable energy and captivating dance steps on the stage, comes through with the release of “Rejoice”; a blend of traditional and contemporary songs of praise and worship to God.

Rejoice is more than a medley of songs; it is an expression of heaven through sounds as it perfectly mirrors the only thing that goes on around the throne of God: pure and undiluted worship to the King of Kings. It is an invitation to everyone to give God-deserving praise.

It is also laced with unusual grace and God’s anointing, which stirs its listeners to praise God with reckless band

Shola Sax’s unique sound and tone stand out in the room. His passion for excellence, professionalism, skill and the desire for the manifestation of God’s presence is evident in “Rejoice.” He believes strongly in giving God praise that is of His Worth. This has been reflected over time in his choice of songs and the way that he offers the King, His favorite meal – with everything in him.

ABOUT
Idowu Oluwasola was born into the family of Pastor Samuel Oluwasola. His father is a clergyman and a church organist, while his mother a civil worker.

At a very tender age, Idowu Oluwasola exhibited a very strong interest in the art of music. He began to learn the rudiments of music from his eldest brother and later went to St. David’s Music School (an affiliate of the Royal School of Music).

He also began to learn woodwind instruments while in primary school. His interest in music never stops him from pursuing his academic and professional career.

Before Shola Sax rose to fame, he had been under the tutelage of well-known musicians like Mike Aremu, Jesse King, King Sunny Ade, Bolaji Philip Adeoloye, Pst. Kunle Ajayi, Mr. Segun Ogunbekun. This has been reflected over time in his choice of songs and the way that he offers the King his favorite meal—with everything in him.

Idowu Oluwasola is also a graduate of Ambrose Alli University, an Oracle Certified Professional since 2009, and a Harvard School of Public Health-trained database specialist—a professional par excellence, a health informatics professional, and a data scientist.

I have placed my rainbow in the clouds. It is the sign of my covenant with you and with all the earth.
Genesis 9:13