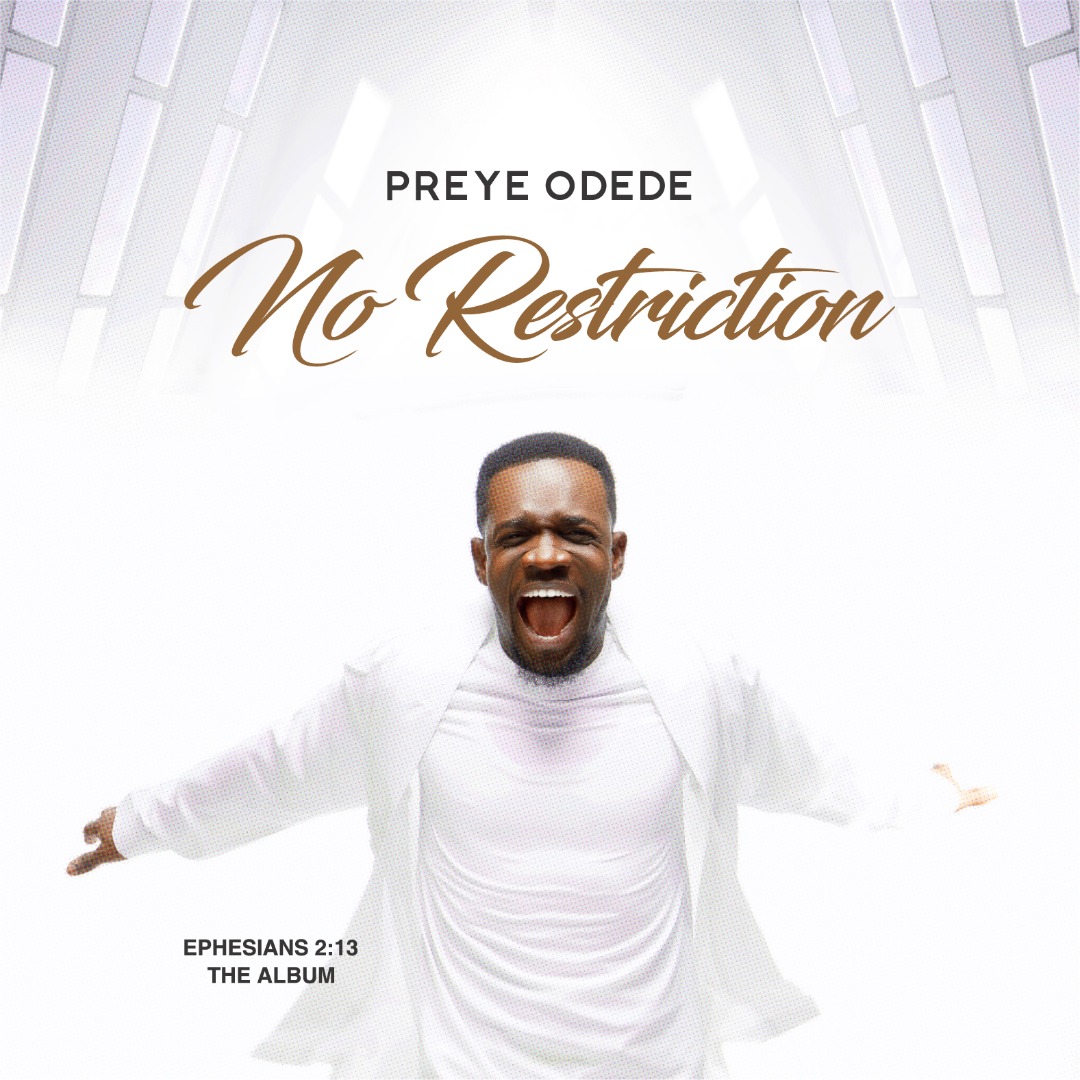 Preye Odede releases the lead track titled “No Restriction”, from his third album with the same title, has just been complimented with a live video.

The song “No Restriction” speaks on the possibility available when we yield to the leading of the Holy Spirit. There are actually no limits, no restrictions so that we can move forward to become like Him.

The song gives an insight into the overall inspiration and the thematic preoccupation of the album. It defines the state of the mind of Preye Odede – a state of endless worship and victories, empowered by the Holy Spirit, without limits.

Preye Odede’s new album “No Restriction” was released officially on 28th, November 2021 as he held the first edition of the No Restriction tour in his hometown, Bayelsa. The first leg of the tour featured Gospel music ministers including Frank Edwards, Michael Stuckey, Moses Bliss, Prinx Emmanuel, Pamela Scott, and others.

The Gospel music minister has hinted that he will be blessing us with more materials off the new album as events unfold. Meanwhile, download the album on music stores and stream the video below.